Home » YOUNG STARS » ARIA BROOKS FROM “ALL THAT” HAS JUST DROPPED MUSIC VIDEO FOR NEW SONG, “AM I NEXT?”

ARIA BROOKS FROM “ALL THAT” HAS JUST DROPPED MUSIC VIDEO FOR NEW SONG, “AM I NEXT?” 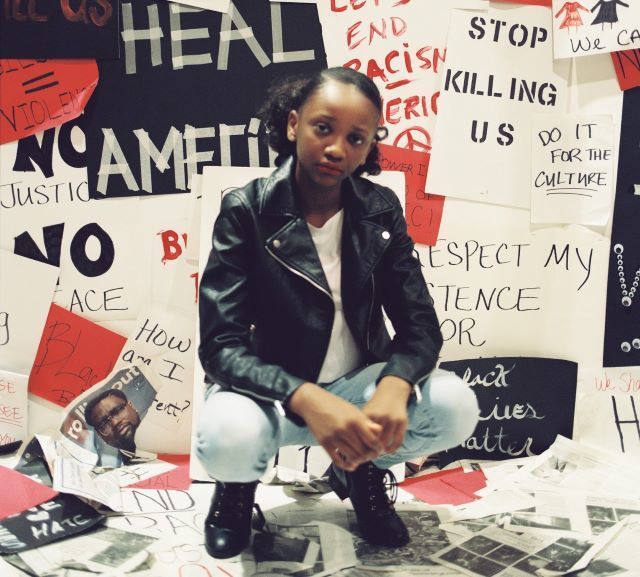 You remember that Aria Brooks became the newest cast member of Nickelodeon’s hit television reboot, All That? What you may not know is that the amazingly talented rising star is also a singer, writer, and content creator, constantly striving to make sure that she is as diverse in skill as possible.

Showing off her diverse skills, the young star recently released a new song and video, “Am I Next?”

In song, Brooks contemplates the dangers facing not only her generation, but the entire African-American community as well. In the song, Brooks also sings about the importance of speaking out for social justice.

Brooks wrote the song in July as the subject matter is very important to her. The lyrics start over a smooth melody…

When will you realize you’re not doing what you said?

When will you realize you’re not following your pledge?

The shoes on your feet

The braids on your head

But what does that mean to you?

And what does that mean to us?

We’re out of our heads

When we go to bed

Will I make it out of bed?

No thoughts, only bullets in my head

It’s not that complex

The song was written by Brooks herself and produced by Devin Barkley.

If you remember, Brooks made her Hollywood debut in the 2019 film, Harriet, starring opposite actress Cynthia Erivo.

“Since the day I said I wanted to do this for a living, I was kind of waiting on the day I could work on a big-name project with people that I’ve grown up watching, and so I was like ‘Wait a minute. This is the moment. This is crazy,’ ” Brooks told Atlanta Black Star during an exclusive interview with the news outlet. “So I remember when I got to meet Cynthia Erivo for the first time. I was so excited, I was waiting for her and saw her walking from far away and was fangirling from miles away. It was so cool and it was pretty unbelievable to think I had gotten to that place honestly.”

Congratulations, Aria on your latest venture! We are so excited to see what the future holds for you. We have no doubt that it is going to be truly amazing!

PREGNANT KELLY ROWLAND AND SON MODEL BEYONCE'S IVY PARK: 'HIS AND HERS'