Home » NEWS » TAMRON HALL: ‘DOES BEING A MOM MEAN YOU ARE MORE OF A WOMAN?’

"Does A Child Make The Journey More Fulfilling?"

by Sarie
in Hot Topic, NEWS
0 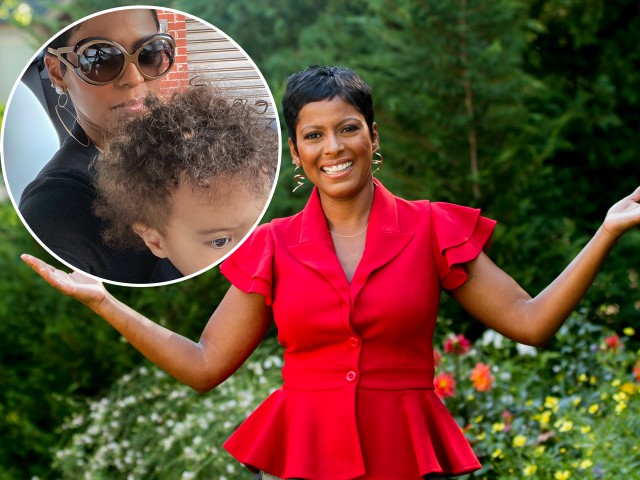 Does motherhood make you more of a woman? This was a question posed by Tamron Hall after her recent discussion about womanhood with Iyanla Vanzant on The Tamron Hall Show.

Hall took to social media after the taping to express her inquiries about the notion of the “modern woman” and the idea that some hold of motherhood serving as the life experience that defines womanhood across the board.

“Does being a mom mean you are more of a woman,” Tamron asked her Instagram fans in a post. “Does focusing on your career make you a ‘modern woman,’ the celebrity further inquired. “Does a child make the journey more fulfilling?”

Dozens responded to Tamron’s questions online. “Anything goes nowadays,” one social media fan said in response to Tamron’s inquiries. The follower did not delve further into her theory as to exactly what “anything goes” meant with regards to the topic. Another of Tamron’s fans spoke directly to the television personality. “You can have it all, Honey. Just make sure Baby Moses has the best care and a trustworthy care provider.”

Tamron Hall welcomed her son, Moses Greener, on April 25, 2019. The television personality waited until the final stretch of her pregnancy journey to share the exciting news with the press.

“I was terrified I would lose this baby and I would have to go back and tell everyone that now it was bad news, and after this pregnancy had gone so far,” Hall shared during an interview earlier this year. “I just wasn’t mentally prepared to deal with that,” the celebrity added. “That’s why I waited,” Tamron explained. “And trust me — if I could’ve gone the whole way to delivery, I would’ve.”

BCK Asks: Do you think motherhood makes one more of a woman? What about women who choose to not have children? Share your thoughts!