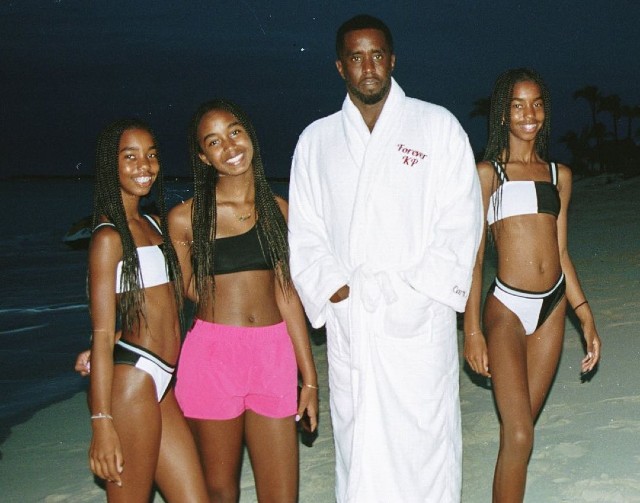 Today marks the two-year anniversary of the death of Diddy’s ex-girlfriend Kim Porter.

A year ago today, the mogul posted on Instagram, “I MISS YOU SOOOOOO MUCH. So much. Every time I get sad I look at this video and it brings a smile to my face. I THANK GOD FOR THE PRECIOUS TIME HE ALLOWED US TO HAVE WITH YOU. I WISH YOU WERE HERE WITH US RIGHT NOW AND THIS WAS ALL A DREAM. I WILL NEVER GIVE UP ON THAT WISH. NEVER!!! Love you forever Kimberly Antwinette Goodwin Porter. ❤️.”

The model and actress was found dead in her Los Angeles area home at age 47 as a result of pneumonia. Her funeral was held in Columbus at Cascade Hills Church and Porter was laid to rest in her hometown of Columbus, Georgia.

Porter was the mother of four. The pair shared children: Quincy Brown, 28, (the biological son of Al B. Sure, although Diddy helped raise the young man), Christian ‘King’ Combs, 21, and twin daughters D’Lila Star and Jessie James Combs, 12.

Currently, Diddy and his children are vacationing on the beautiful island of Turks and Cacos, enjoying themselves swimming and spending time on the beach, yet they are remembering the anchor of their family, Porter. Diddy even wore a robe that says “Forever KP,” Kim Porters initials, while on the beach.

Diddy and Porter started their relationship in the 90’s, breaking up for the first time in 1999. The pair reconciled in the early 2000’s, splitting for the last time in 2007.

WHO IS MADALEN MILLS FROM NETFLIX'S "JINGLE JANGLE" MOVIE

WHO IS MADALEN MILLS FROM NETFLIX'S "JINGLE JANGLE" MOVIE