"Our Son Has Arrived!" 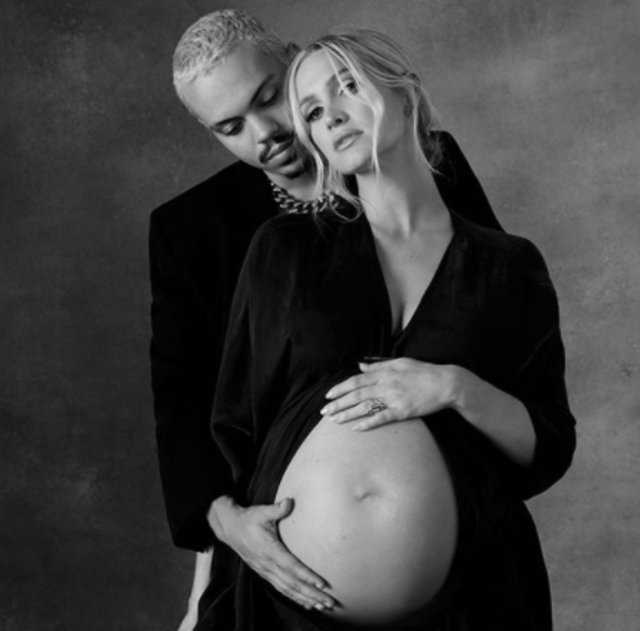 Congratulations to Evan Ross and Ashlee Simpson on the arrival of their son, Ziggy Blu Ross. The celebrity parents took to Instagram this past weekend to announce the birth of their baby boy.

“Our sweet boy has arrived,” Ashlee exclaimed. “I’m over the moon,” the celebrity mom shared. “We are so blessed.” Evan wrote, “Our son has arrived,” he continued. “I’m in heaven!”

Ashlee Simpson and Evan Ross announced their expectancy of another child earlier this year.”The fam is growing,” Evan told his social media fans. “Ash and I can’t wait to welcome the newest addition,” the celebrity father shared.

The fam is growing. ♥️ Ash and I can’t wait to welcome the newest addition. @Clearblue #ClearblueConfirmed #clearbluepartner While we celebrate our happy news, we also want to raise awareness of the @marchofdimes Mom and Baby #COVID19 Intervention and Support Fund, which is providing support in these uncertain times. Check out their Instagram page to see how they are helping provide research and support for moms and babies.

Thank you Family for an amazing Baby shower!! Ready for this baby boy!! 📸 @kristingram

VANESSA BRYANT, CIARA, MIKE EPPS, AND MORE GET IN HALLOWEEN SPIRIT WITH THEIR KIDS