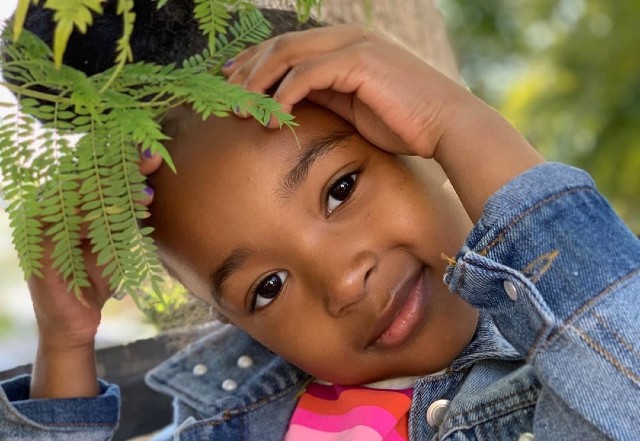 Lebron James’ daughter is celebrating her sixth birthday today with all of the love and affection flowing from her family. Both LeBron James and Savannah James took to Instagram on Thursday (Oct. 22) to commemorate their daughter’s special day.

“Happy 6th Birthday Sweetest Face,” Savannah wrote to her daughter. The celebrity mom went on to tell fans, “Yes, she has a birthday decaf coffee, cause her mama said she could.” LeBron wrote, “My baby Z b-day.”

At just 6-years-old, Zhuri James is making a name for herself in show business. Read on to learn six fun facts about Savannah and LeBron James’ daughter!

From Yoga to baking cookies, Zhuri has activities for everyone. The youngster’s more recent video featured Zhuri giving hairstyling tips for little girls. Savannah helped her daughter with the presentation that went viral.

2. Zhuri has her own mansion

LeBron James gifted his daughter with a mini-mansion made in the image of the family’s home in honor of her sixth birthday. It was all about the details for the NBA champion who ensured the home was big enough for Zhuri to comfortably walk around inside, yet small enough for the little one to feel like the spot was her own. 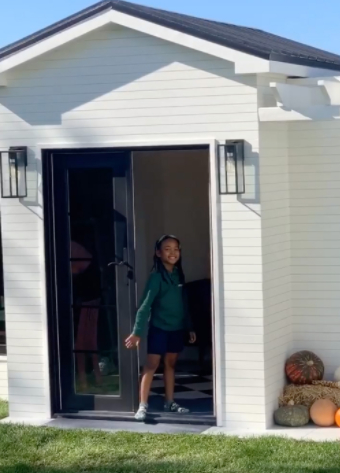 Zhuri hosted the Janie and Jack X Harlem’s Fashion Row event earlier this month. The youngster interviewed the designers at the show while moving the virtual event along.

Bryce and Bronny are Zhuri’s protectors in society. Bronny is following full speed behind his father in the area of basketball. In fact, it may not be too far-fetched to imagine a world in which the rising star competes alongside or against his father in the NBA.

The youngster was recently filmed while accompanying her father to one of his workout sessions. LeBron and Zhuri do other fun daddy-daughter things such as a recent “no-bake” cooking adventure at home.

6. Zhuri made her public debut two years after her birth

Zhuri James was born on October 22, 2014. She did not, however, make her public debut until 2016. Fans did, however, get to see her toes now and again, courtesy of her parents.