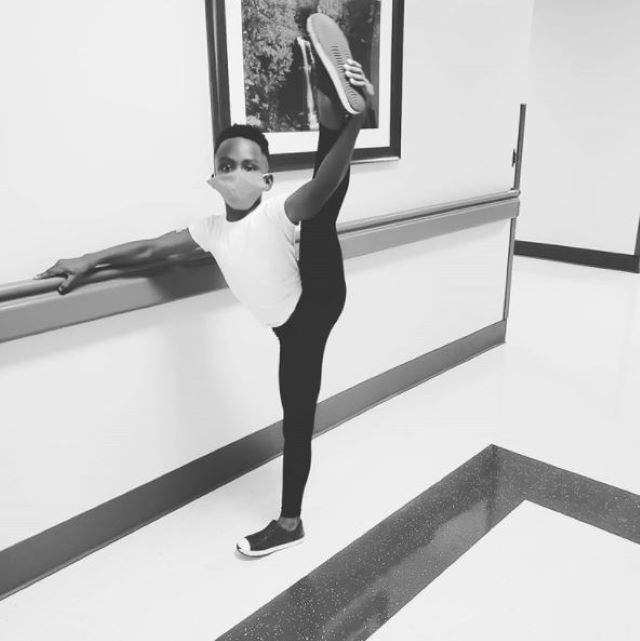 Maximus Turner is one young man that is not letting anything stand in his way of participating in his ballet recital. When this smart and talented youngster found out that his dance studio’s end-of-the year recital was canceled as a result of COVID-19, he turned lemons into lemonade and created his own dance recital at home.

Enlisting his sister as one of his dancers, the eight-year-old created a masterpiece.

“When your kids missed their dance recital and decide to create their own….I just love how they researched music selections, created their own solos and ended with a splendid duet. ** I was the only one allowed to watch the special performance in person, here are selections for the worldwide premiere!! Enjoy💚💚🙂,” a caption on the world premiere video read.

And of course, a group of Turner’s 20.1K Instagram followers showered the young man with nothing less than positivity.

“This is spectacular. Thank you so much for sharing your love of dance,” one user commented.

“Very good! Keep at it and one day soon you’ll be on that stage again!” one comment read.

“Clearly a choreographer in the making,” another posted.

“I love doing recitals. I love when I get to learn new tricks, and when I get to practice ballet,” Maximus said in an interview with GMA.

According to his mother, Michelle Turner, her son has been dancing “nonstop” since he was two-years-old.

As a military family, the turner family is always on the move. Yet, where ever they go, the first thing that Turner’s mother does is to search for a dance studio and pick a house around the studio. Then, they pay the studio a visit to see if other boys are dancing and to gauge what type of environment the studio fosters.

Turner’s mother stated that she shares videos of her son dancing, as well as real-life stories about his daily journey, as a way to share his gift with others, in addition to helping negate the stigma that surrounds Black male dancers.

“Today we had to have “the talk”. The conversation that most people don’t want to see Maximus’ heel stretch when they first meet him – including doctors, grocery shoppers, new neighbors, your sister’s friends, the movers and many boys. We talked about how to save his special move around other dance and color guard people,” Turner’s mother posted on Instagram. “We then talked about how some boys may make fun of his heel stretch, say dancing is for girls and call him names. We talked about how those people could be bullies, how to respond and how those people didn’t deserve to be his friends. Surround yourself with positive vibes, don’t let negative people bring you down.💚”

Keep dancing, Maximus and share your gift and beautiful spirit with the world. One day, it is guaranteed that we will see his name in lights, leading the ballet community.