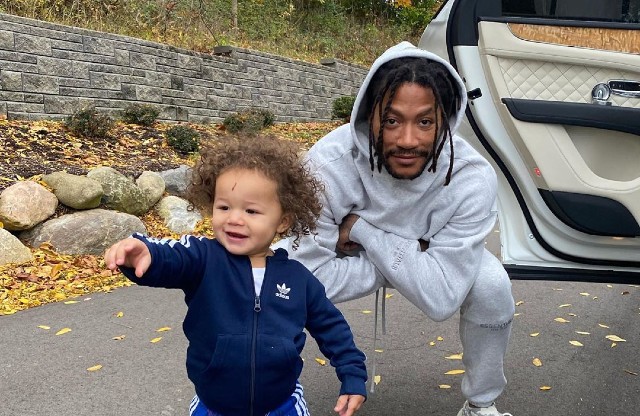 Derrick Rose’s girlfriend, Alaina Anderson, recently took to Instagram to post an adorable short video of London and Derrick playing basketball together, while the song “Me Vs Me” by Moneybagg Yo plays. The video’s caption read “WORKING 🏀.” The clip shows London shooting on a hoop while his father watches by his side.

On his fourth adorable attempt, London finally made the basket and his dad lifted him in celebration. There are three hoops stacked vertically at different heights, but London obviously shoots on the lowest one. He still has some growing to do before he starts shooting on the higher ones. Alaina captioned the post: “Don’t play with em! @londonmarleyrose @drose 🏀.”

On London’s own Instagram page (which his parents run), they posted the same video without the music in the background, and the caption read: “Taking deals now…” They also posted another cute clip of London shooting on a children’s hoop. The caption read: “Early work… take my rim everywhere.” Fans gushed over London’s cuteness in the comment section, and Alaina replied, “Killing it!”

Derrick Rose was selected no. 1 by the Chicago Bulls in the 2008 NBA Draft. He was the youngest NBA MVP (Most Valuable Player) in history at 22-years-old and he led his Bulls to two no. 1 seed seasons. Unfortunately, his promising career has been marred by debilitating knee injuries. Rose now plays for the Detroit Pistons, who were among the NBA’s worst teams at 20-46 and did not qualify to play in the restarted 2019-20 NBA season.

However, there have been recent rumors that the Los Angeles Lakers, who recently won the 2020 NBA Championship after defeating the Miami Heat in six games, were interested in trading for Derrick Rose. Alaina doesn’t seem to think so though, responding to Bleacher Report’s Instagram post on the rumor with, “😂😂😂😂.” 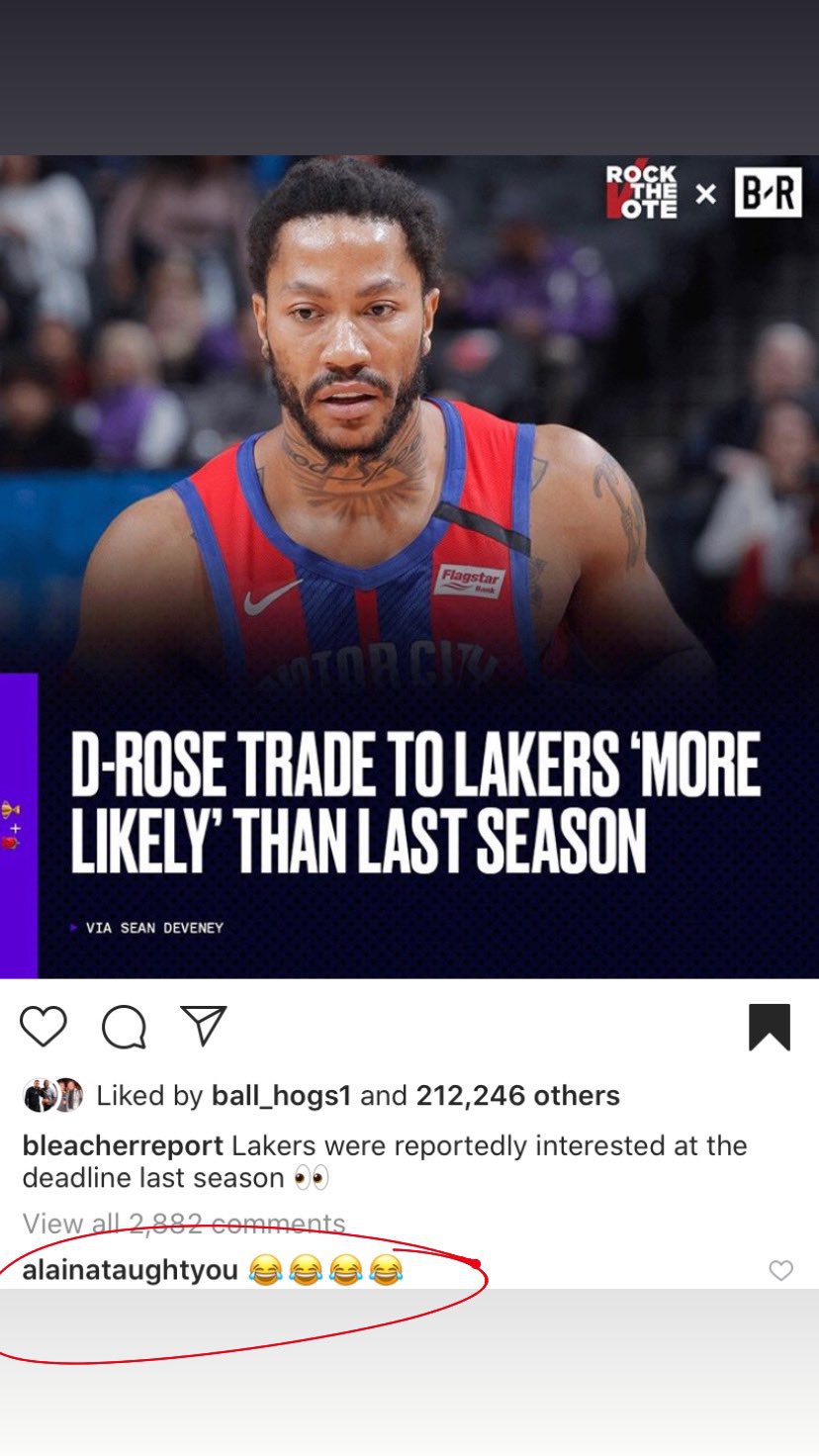