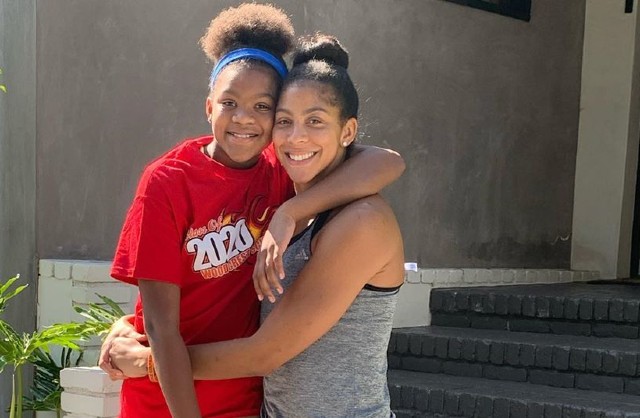 As if that wasn’t enough, Angel City FC added even more star power to their ownership group with their recent formal welcoming into the NWSL, putting them on track to begin play in 2022. Candace Parker and her daughter Lailaa are the second mother-daughter duo to have ownership in Angel City FC with tennis great Serena Williams and her 3-year-old daughter Alexis Olympia Ohanian Jr., who she shares with her husband Alexis Ohanian.

Candace Parker celebrated her and Lailaa joining Angel City FC on Instagram, posting a screenshot from The Undefeated. She captioned the post: “Lailaa and I are pumped! We are fans of @weareangelcity already!! Baby girl, you can do and be anything you want to be! Keep dreaming and Mommy’s right here with you! #MommyDaughterBusinessPartners.”

EDDIE MURPHY'S EX, NICOLE MURPHY, ON TEACHING HER KIDS TO BE HEALTHY

EDDIE MURPHY'S EX, NICOLE MURPHY, ON TEACHING HER KIDS TO BE HEALTHY