PAPOOSE SAYS REMY MA IS NOT PREGNANT: ‘I OPENED MY BIG MOUTH’

"They Took It As She Was Already Carrying Our Child" 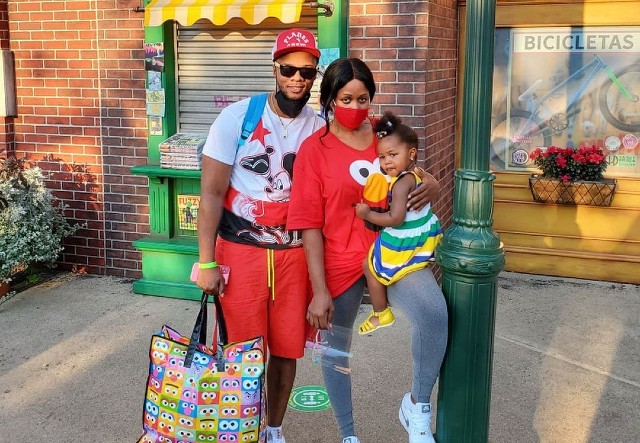 Papoose and Remy Ma are not expecting another child. Papoose recently cleared up misconceptions about their family’s expansion after several weeks of fans believing Remy Ma was pregnant and sending congratulatory remarks online.

Some may remember Papoose telling Claudia Jordan of Fox Soul that he and Remy would soon add a member to their happy home in the coming months. “Some good things are actually coming out of this,” the celebrity father said of the COVID-19 lockdowns in New York. “We’re going to have a new child real soon,” Papoose declared. “So I’m feeling really good.”

Many took Papoose’s revelation as a pregnancy announcement. The celebrity father recently revealed, however, that he was referring to his and Remy’s decision to start In-Vitro treatment and not sharing that his wife was actually expecting.

“At the time when I made that announcement, my wife woke up one day and said, ‘Hey, I’m ready now since it’s COVID, we’re locked in. I don’t think it’s going to stop me from working. Let’s do it,'” Remy Ma said, according to Papoose.

The celebrity father went on to say, “When we started the procedure, I was so excited and I opened my big mouth and I said something about it and people not knowing how the procedure goes, that there are steps you have to take, they took it as she was already carrying our child. But what I was expressing was, ‘Yo, we’re having the next baby. She’s ready because we already have the embryo.'”

Remy Ma and Papoose have one child, Reminisce Mackenzie, together. Remy also has a son named Jayson from a previous relationship. Stay tuned for more celebrity family news!

MARSAI MARTIN DISHES ABOUT GROWING UP IN THE SPOTLIGHT

MARSAI MARTIN DISHES ABOUT GROWING UP IN THE SPOTLIGHT