"We Will Never Break" 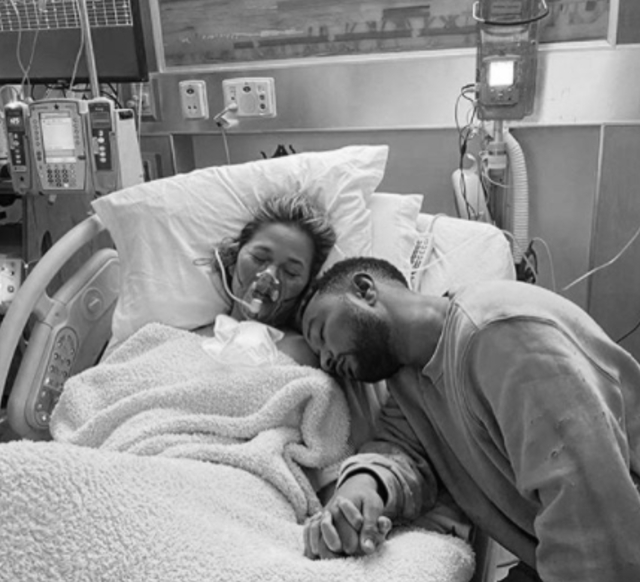 John Legend is sending love to his wife, Chriss Teigen. The recording artist recently gave a heartfelt message to his spouse while also sharing his new song, ‘Never Break,’ online.

“I love and cherish you and our family so much,” John began his note. “We’ve experienced the highest highs and lowest lows together. Watching you carry our children has been so moving and humbling. I’m in awe of the strength you’ve shown through the most challenging moments. What an awesome gift it is to be able to bring life into the world. We’ve experienced the miracle, the power and joy of this gift, and now we’ve deeply felt its inherent fragility.”

John Legend and Chrissy Teigen lost their unborn child last month. The devastation came days after Chrissy revealed she was having pregnancy complications.

“We are shocked and in the kind of deep pain you only hear about, the kind of pain we’ve never felt before,” Chrissy told her fans after losing the baby. “We were never able to stop the bleeding and give our baby the fluids he needed, despite bags and bags of blood transfusions. It just wasn’t enough.”

John Legend and Chrissy Teigen named their unborn son Jack several weeks before his passing. John referenced the unconditional love that he and Chrissy share in his sweet note.

“I wrote this song because I have faith that as long as we walk this earth, we will hold each other’s hands through every tear, through every up and down, through every test,” Legend shared. “We promised each other this on our wedding day seven years ago, and every challenge we’ve faced has made that promise more powerful, more resilient. Our love will remain. We will never break.”