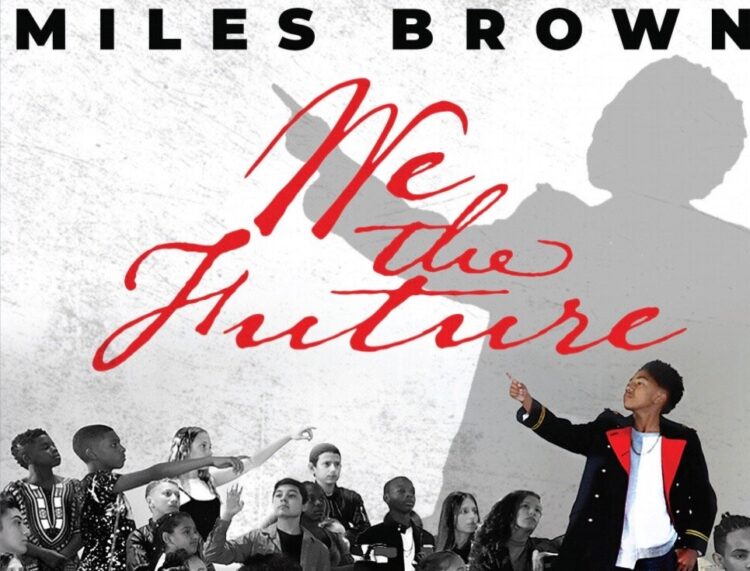 Miles Brown created We The Future to resonate with today’s youth, and his new album features appearances from many special guest artists, who include Slick Rick, Jidenna, JD McCrary, Siedah Garrett, and NBA star Damian Lillard (Dame D.O.L.L.A.). Produced by Madlib, Mic Checkmate, and Deliv, We the Future is set for release on Friday, October 16. The album will contain 15 tracks, and Miles has already released his debut single from the album “We The Future” featuring Dame D.O.L.L.A.

In an Instagram Live interview with Damian Lillard, Miles Brown revealed that he actually wanted to release the album sooner, but he had to re-record the album due to his voice changing because of puberty. “I had to re-do the whole entire album because my voice had a big change,” said Brown to which Lillard laughed, responding: “You went through puberty.”

In addition to his acting and budding music career, Miles Brown is also an activist who doesn’t hesitate to use his platform to call for change, support the Black Lives Matter movement, and encourage his generation to become more politically active, much like his Black-ish co-star Yara Shahidi. In an interview with ChicagoNow, Brown discussed his new album and his activism, noting the importance of young people getting politically involved.

“They always have the biggest platform to speak up on certain things,” said Brown. “That’s kinda my biggest point going on right now because with so much things that are happening, I know that I don’t want the youth to kinda sit back and watch things unfold for themselves when they can be the biggest response to certain things that are going on,” he says. “I just wanna be able to inspire kids and just let kids know you don’t have to be put in a box.”

@kadirnelson you sick for this one🔥 It was an honor to work with you on this! Season 7 #Blackish 10|21 @abcnetwork