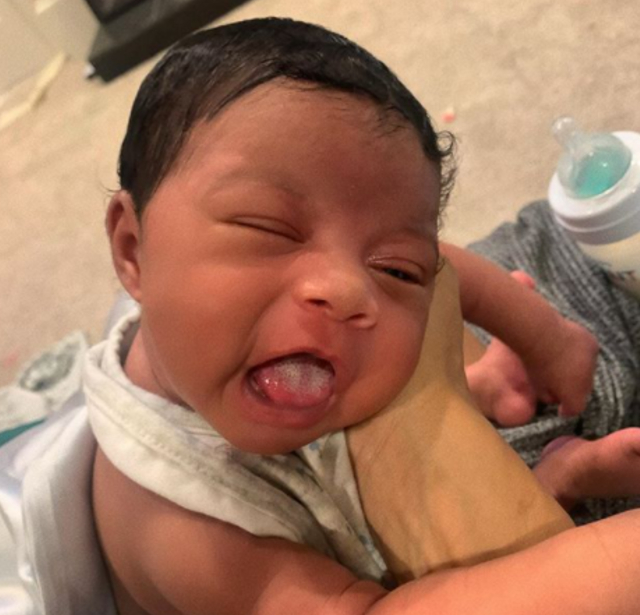 Teyana Taylor and Iman Shumpert are ready to show you their newborn daughter, Rue Rose Shumpert. Teyana recently shared a candid of her daughter enjoying her meal.

“My lil milk dud,” Taylor said of her baby girl. Rue gave a hilarious expression to the camera that possibly served to show how much she appreciated her food.

Teyana Taylor and Iman Shumpert welcomed their daughter on September 6, 2020. Taylor gave birth to her daughter au natural, which is something that her husband openly celebrated.

“Let’s talk about the GOAT,” Iman said of his wife. “Two kids … no meds … both natural births successfully done at home – in a bathroom,” Shumpert exclaimed. “I get a lot of credit at times but I literally just applaud the way she carried the weight twice, which in actuality equates to her dedicating two years of herself to add to our growing dinner reservation,” Iman continued.

“When we talk heroes, who talks about superpowers and doesn’t mention the power of making another minion for your own army,” the celebrity father asked. “@teyanataylor you are the toughest piece of filet mignon I ever had on my plate,” Shumpert wrote to his wife.

Teyana Taylor recently enjoyed her first night out since giving birth to her daughter. The celebrity mom celebrated Cardi B’s birthday without alcohol, of course. “I can’t drink tho because I do not enjoy having to pump and dump,” Teyana told her social media fans. “Breast milk is like GOLD,” the celebrity mom added. “We don’t waste that.”