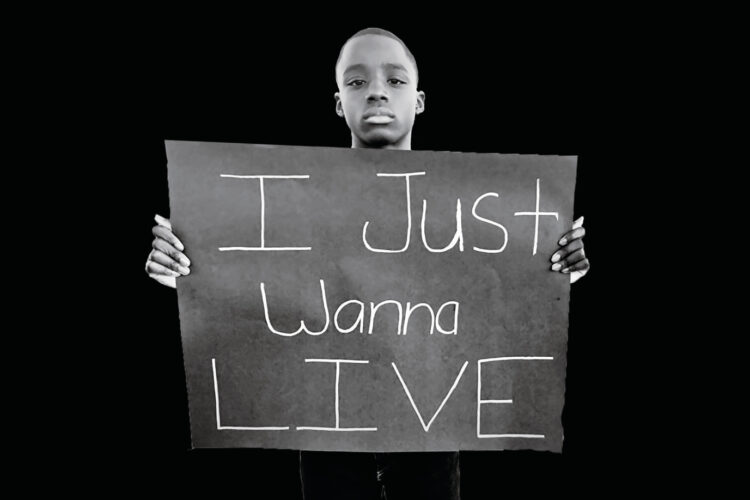 Thirteen-year-old Keedron Bryant went viral this past May with his amazing voice in a video of himself singing “I Just Wanna Live,” a song written as a response to the death of George Floyd, to help bring about change, in hopes to end violence against Black people.

Now the talented teenager is sharing his thoughts with People Magazine, telling the popular news outlet that not only does he have “hope[s] [that] violence toward Black people changes,” but also that, “[he] want[s] to live without fear.”

“My parents always tell me and my sister, ‘You have to know that you’re Black and when you go out into the world, make sure you respect people and treat everybody how you would want to be treated,'” Bryant said in the interview. “They want us to have knowledge so we’re not clueless and confused when we get pulled over by a police officer when we’re older. To think I’m a Black male going out into the streets makes me afraid, but I always try to keep my faith in God and that he’ll protect me.”

Bryant was inspired by his mother to write the song, “I Just Wanna Live,” that has connected and voiced the pain of so many.
“It was heartbreaking,” Bryant said to People. “So my mom prayed and asked God to give her something to pass down to me for wisdom. God gave her those lyrics, then she gave the lyrics to me and told me to go upstairs and pray over them. So that’s what I did. I asked God to give me the power and strength to deliver the right message in a really hopeful way. After that, I went back downstairs and said that I was ready to record. I felt really hopeful that it was a good song, but I didn’t know the impact it would have.”

The video garnered millions of views. Celebrities such as Janet Jackson, LeBron James, and former President Barack Obama congratulated Bryant for his powerful message through music, as the song has become the unofficial anthem for the Black Lives Matter movement.

“I feel really grateful to be a part of the Black Lives Matter movement,” Bryant says. “Little steps matter, and I hope racial profiling and violence towards Black people changes. I want to live without fear.”
Of course, Bryant’s story does not stop there. Within weeks of his video going viral, the young rising star landed a record deal and “I Just Wanna Live,” is the title track of his new uplifting EP, which was released on September 11th.

“Even if people are sad about what’s going on. I hope that I bring them joy with music,” Bryant stated. “I don’t want to be known as just the ‘I Just Wanna Live’ boy. I want to leave a really big footprint on the world, and I’ll always keep fighting for what is right.”
We have a feeling that this is just the beginning for this incredibly amazing young man. We cannot wait to see what the future holds.
Post Views: 1,131
Tags: George FloydI Just Wanna LiveKeedron BryantPeople Magazine
ShareTweetShareSend
Previous Post