"Stop Praising People Based Off A Screenshot" 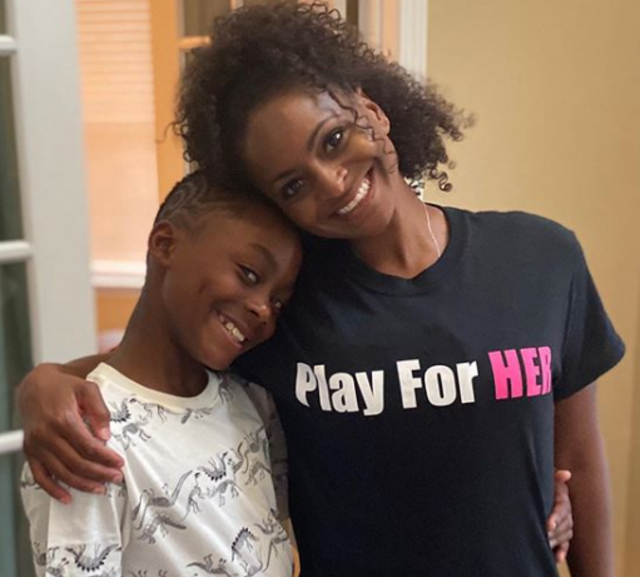 Dwight Howard could not celebrate the Los Angeles Lakers winning this year’s NBA championship without his ex, Royce Reed, chiming in with criticism. The mother of the NBA star’s son, Braylon Howard, took to social media to drag him this past weekend.

The Los Angeles Lakers defeated the Miami Heat with a final score of 106-93 on Sunday (October 11). Dwight and his fiancee, Tea Cooper, made their celebrations public by sharing their excitement on Instagram Live. Dwight went Live to rejoice over his team’s success. Te’a texted him during the broadcast, which ultimately led to Royce Reed chiming in with her opinion.

“Imagine wanting and praying this moment makes not being in your kids’ lives worth it,” Royce began her rant in a separate Instagram post. “Then imagine your child crying wondering why his own father is in the same city but won’t call, text, visit or send a note by pigeon. Imagine your child wanting to change his name. Imagine your child feeling like he’s not worth it and that he’s unloved no matter how much he tries to force it. Then imagine yourself trying to be the bigger person and telling your child to love, pray, and be proud regardless and forgive.”

Dwight Howard and others in the NBA were restricted to remaining in a “Bubble” during ing the remainder of the season because of the coronavirus pandemic. While there were no restrictions on telecommunications, there were certain limitations on physical visits the players could make while finishing the season at Disney World in Orlando, Florida.

Royce Reed ended her criticism of her son’s father by advising her Instagram followers to “stop praising people based off (sic) a screenshot of their lives on TV and Instagram posts.” Stay tuned for more NBA family news!