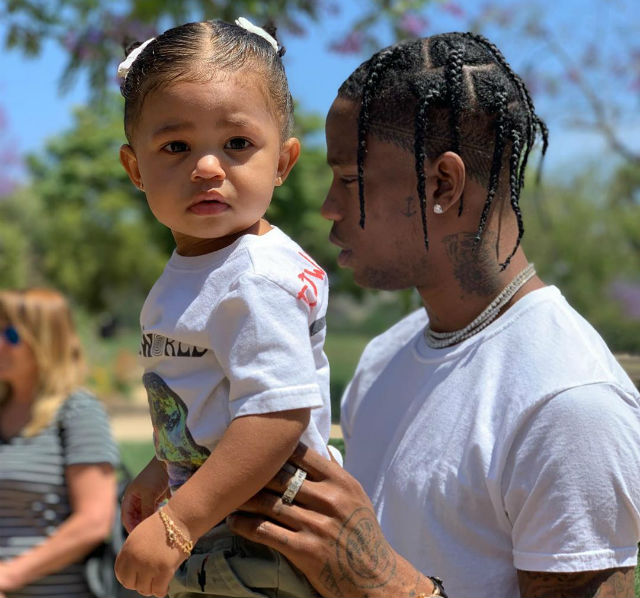 Rapper Travis Scott, a proud dad to his 2-year-old daughter Stormi Webster, is teaching her to be a strong, proud, and fearless Black woman.

Travis Scott had Stormi with his ex, reality mogul Kylie Jenner. In a recent interview with .WAV RADIO with Chase B, Scott discussed the importance of protecting young Black women and how he and Kylie raise Stormi to be confident and powerful.

“I feel like it’s way more important now to protect our young Black daughters, women,” says Scott. “Making sure they have the knowledge of just how to carry yourself, how to move in this world, how to be strong, how to not even be scared to take that risk on any idea. Now, more than ever, it’s like they have the vision,” he continued. “Whether it’s for anything a man can do, anything a woman can do, they got the pure vision. You know what I’m saying? So it’s just all about that.”

Travis Scott has had plenty of time with Stormi during the COVID-19 pandemic, and in his GQ cover story for September 2020, he discussed how much he cherishes their time together. “It’s amazing just to watch my daughter grow. I’m keeping her aware of what’s going on in the world. As a parent, I’m always instilling knowledge, even at this age,” says Scott.

Travis Scott also touched on the worldwide protests against systemic racism and racial injustice, explaining why it is important for people (especially young people) to vote and make their voices heard.

THE OBAMAS AND "DR. MCSTUFFINS" CREATOR TEAM UP FOR NEW NETFLIX PRESCHOOL SERIES

THE OBAMAS AND "DR. MCSTUFFINS" CREATOR TEAM UP FOR NEW NETFLIX PRESCHOOL SERIES