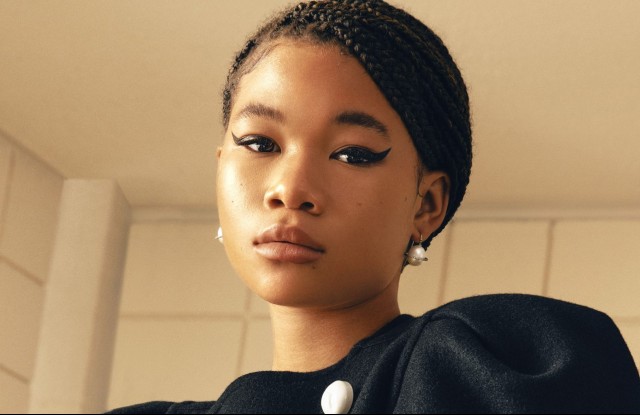 Actress Storm Reid recently graced the cover of the November 2020 issue of InStyle magazine. At just 17-years-old, she already has a storied acting career; known for her work in the film 12 Years a Slave, A Wrinkle In Time, Netflix’s When They See Us, and HBO’s Euphoria.

Start your day with @stormreid looking STUNNING on our cover in @givenchyofficial. “I’m just a young girl trying to figure it out.”  The #euphoria star spoke to us about working with Hollywood’s top stars, her "bonus big sister" @zendaya, and representation in the #linkinbio! Photographed by: @abdmstudio Styled by: @jasonbolden, @juliavonboehm Interview by: @samanthajsimon Hair by: @shawnna818 Makeup by: @joannasimkin

In her cover story, Storm Reid spoke about her acting career and how she uses her platform to call attention to social issues such as racial injustice and Hollywood’s lack of inclusion. Reid spoke about how inclusion is a “driving force” behind many of the projects she signs on, from her “Bamazing” initiative with NBA superstar Steph Curry, to 12 Years a Slave and When They See Us.

“The projects I choose to be part of are very intentional. I see each one as an opportunity to have a progressive conversation and represent people and situations that are underrepresented,” says Reid. “Young girls deserve to see themselves onscreen. Because how can you feel like you’re able to succeed when you don’t see yourself succeeding?”

Hollywood isn’t exactly known for its diversity, but Storm Reid works to pave the way for more inclusion in the industry. To that end, she set up her own production company, A Seed & Wings Productions with her family’s help. Reid says her work was inspired by her mentor, filmmaker Ava DuVernay and the late Black Panther star Chadwick Boseman.

“He dedicated his life to being part of projects that benefited us as a Black culture, and that’s what I want to try to do,” says Reid. “I’m really happy to be a young Black woman in the space I’m in—to be accepted, to be loved, and for people to appreciate my work—and I want to create opportunities for people who haven’t been given them yet. Ms. Ava took a chance on me, so why wouldn’t I take a chance on someone else?”

THIS LOOK! THAT SMILE! THIS GIRL! #linkinbio for more from the #euphoria star (and our cover star!), @stormreid 🧡