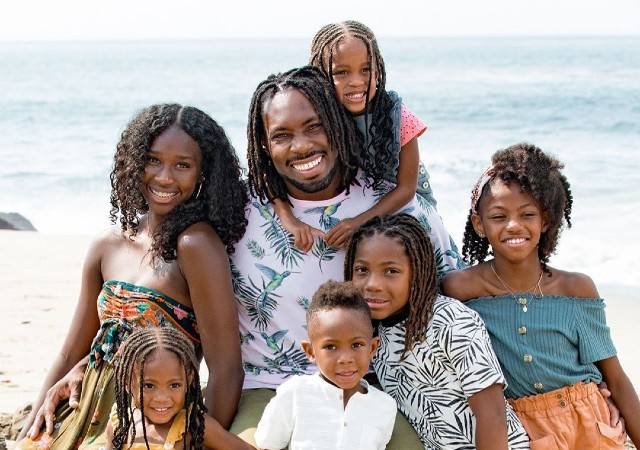 Former NFL star Antonio Cromartie is quite the busy dad, as he is famous for having 14 children with eight different women. Antonio Cromartie recently took an adorable picture with the six children he shares with his wife Terricka Cromartie.

Terricka posted the photo on her Instagram and captioned it: “When we met you promised me the world. You have always promised me the world and that’s exactly what you have given me. I’m so Glad God Knew just how much we needed each other and how much we would complete each other. I seriously couldn’t do this thing called life with anyone else other than you. The happiness you bring me and our babies is unmatched… I can look at this picture over and over again and all I see is your love and the Promise you kept. I love you @antoniocromartie31.”

During his NFL career, Antonio Cromartie was known for being a lockdown cornerback and was a four-time Pro Bowler. However, his life off the field is even more interesting, as he has 14 children with eight different women including his wife. As one can imagine, taking care of 14 children isn’t cheap and Cromartie’s child support costs are quite high. In 2010, Cromartie’s former team, the New York Jets, gave him a $500,000 advance so he could pay back his child support, and it reportedly costs him over $330,000 a year.

Although it may take him a while to name all his children, Antonio Cromartie prides himself on being “loving, very hands-on, and a little strict” as a dad to his 14 kids, and he has no regrets about being a father.

KANDI BURRUSS DOTES ON HER YOUNGER KIDS IN NEW PHOTOS