"The Pivot Is Real" 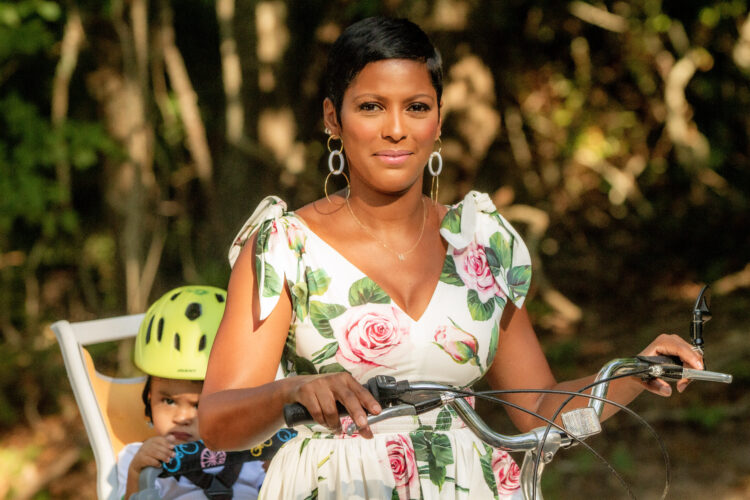 Tamron Hall and her son, Moses Greener, are ready for Fall. The talk show host recently shared candids from her trip to the pumpkin patch with her little one that showed Moses searching for the perfect pumpkin.

“Sunday signs,” Tamron said of her son’s movement through the pumpkin patch. “Lateral moves can help you reach the goal,” the talk show host exclaimed. “Moses and The Great Pumpkin search,” Tamron Hall said of her son’s focus on the task at hand. “The PIVOT is real.”

Sunday signs! Lateral moves can help you reach the goal!!! Moses and The Great Pumpkin search. Sending love and hugs this morning to the #tamfam #mosesandmama. The PIVOT is real…

Tamron has publicly celebrated her life as a mom since the arrival of her son last year. In fact, it was just a few weeks ago that Hall celebrated the then-impending Season 2 debut of her talk show, The Tamron Hall Show, with her son.

“Wrapped in #sunday kinda love,” Tamron wrote online the night before Season 2 of her show. “Season 2 begins tomorrow,” the celebrity mom shared with her supporters. “Up early doing last-minute interviews on the eve of @tamronhallshow season 2 premiere,” Hall added. “Blessed to be back in [the] studio [and] even more blessed to have this cuddle [with my son] before mama hits her grind.”

Wrapped in #sunday kinda love. 💜 Season 2 begins tomorrow. I turn 50!!!! Wednesday!!!!! Up early doing last minute interviews on the eve of @tamronhallshow season 2 premier. Blessed to be back in studio even more blessed to have this cuddle before mama hits her grind. Love you #tamfam. Thank you for your support. #mosesandmama. #workingmoms #workingparents. 9/14 Season 2 starts!!!!!! #virgo

Tamron Hall has been on top of things so much so that a former guest recently decided to sue the television personality for allegedly discriminating against religious preferences. The lawsuit surrounds an anti-vaccination segment in which Tamron allegedly told a mother who refused to vaccinate her child that she would not let Moses anywhere near the guest’s child without vaccination. The guest reportedly took offense to such a statement and deemed it necessary to sue Tamron for $16 million.

The lawsuit against Tamron Hall is new and, thus, unheard by a judge. Check your local listings to see when The Tamron Hall Show airs in your area.

PORSHA WILLIAMS' DAUGHTER IS BEARY CUTE IN MOSCHINO-GET THE LOOK

PORSHA WILLIAMS' DAUGHTER IS BEARY CUTE IN MOSCHINO-GET THE LOOK