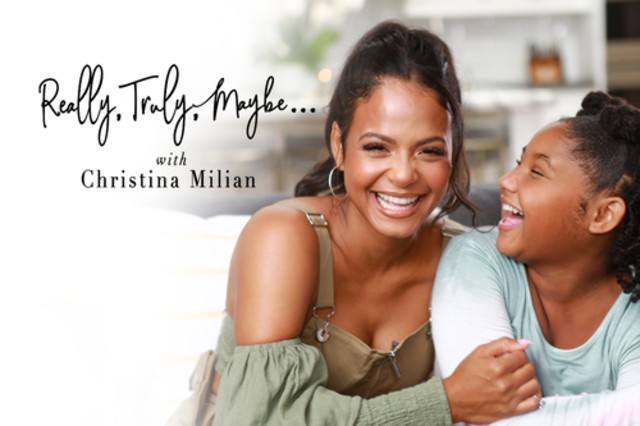 Christina Milian has a new KIN reality series called Really, Truly, Maybe With Christina Milian, which will feature her family. The celebrity mom shared news about her new show with Instagram fans on Thursday (October 1).

“This is happening,” Christina exclaimed. “Catch me on my new show to see everything that’s been going on in my world from singing to acting to starting a business and raising a family,” the celebrity mom shared with her fans.

This is happening! Catch me on my new show to see everything that’s been going on in my world from singing to acting to starting a business and raising a family! The first episode airs in ONE WEEK so make sure to follow @ReallyTrulyMaybe and click the link in my bio to subscribe. #reallytrulymaybe

Christina Milian and her boyfriend, Matt Pokora, welcomed their son, Isaiah Pokora, in January. The couple’s newborn came weeks before the coronavirus pandemic led to lockdowns in the United States.

“This time has been a blessing in disguise for us as a family,” Milian recently told the press. “We’ve been able to spend quality time together like never before,” she added. “Being able to have uninterrupted time with Matt and the kids has been incredible,” Christina shared.

Hey guys! We’re back with an @Invisalign treatment update! #ad All is going well and we’re really loving the results so far. Like the saying goes – time is money. With Invisalign treatment, there are fewer emergency doctor visits. I’m loving being able to save the time of not having to go to the doctor with a braces emergency. With all the traveling and working I do, it would be hard for me to go to the doctor constantly, which is why I’m so thankful that Violet and I have Invisalign aligners. It’s convenient and I’m saving my time and money, plus Violet has one less thing to worry about! #invisalign #SmileSquad #invisalignsmile Take the smile assessment for your child: http://bit.ly/2ZTOwnV

You can definitely expect to see Christina Milian’s daughter, Violet Nash, on her mom’s show. There may also be moments where viewers see the celebrity mom’s son, whose face has been shielded from the public these past few months.

Regardless of who is featured, Christina hopes the show will inspire other working moms to pursue their passions. “I hope they realize that you can do it all if you put your mind to it,” Milian recently said when asked what she hoped busy moms took away from the show.

“The show gives them a chance to follow me from home to work and everything in between,” Milian continued. “I take them along on new business and film endeavors, give them a glimpse into my motherhood journey, and we even take a look back on the early days of my career which was really fun and had its rollercoasters.”