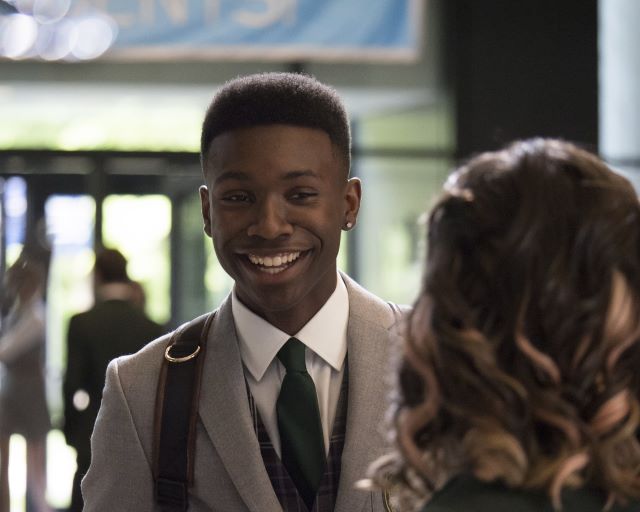 If Niles Fitch’s face looks familiar, it should. The 19-year-old portrays young adult Randall Pearson on This Is Us. Well, the talented young actor has made history and stepped into another world as the first Black Live-Action prince, Tuma, on the new Disney+ movie, Secret Society of Second-Born Royals!

“It feels amazing,” Fitch told HollywoodLife in an interview. “It’s not even the fact that I’m doing it, but it’s more the fact that people are going to be able to see that on the big screen. When I think about my experiences the first time I was really able to see that was Black Panther “I remember how that positively affected me, and I love Chadwick [Boseman]. To know that I’m in a position to where I can, you know, in a way be that representation for a young Black boy that may not be able to see himself on television all the time, or on the big screen all the time… that means the word to me.”

Fitch had an opportunity to also speak with Popsugar about the new movie and he told them that, “I just can’t wait to see the impact that it has on boys that look like me, being able to see themselves on TV, because we’re more than just what the media shows. We’re real complex and layered people and I feel like if we were shown more on TV in positive roles, or just roles in general, that wouldn’t have to be said. We wouldn’t have to say our lives matter. It would be a known thing. It’s an amazing thing that I’m doing.”

Secret Society of Second-Born Royals is a Disney+ original and follows Sam, a teenage royal rebel who is second in line to the throne of the kingdom of Illyria. Sam does not quite like the royal way of life. She soon discovers that she has super-human abilities and is invited to join a secret society charged with keeping the world safe.

Let us know if you have or plan on watching. We cannot wait to see more from this amazing young star!