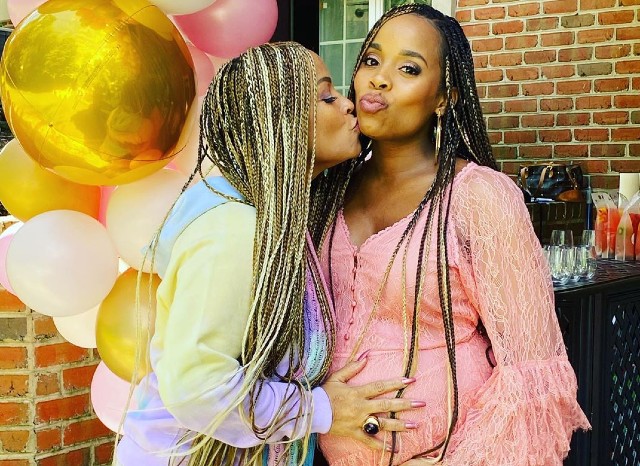 “Happy National Daughter Day,” Simone shared on Sunday (September 27). “My girls and I took this pic on Sunday 9/20/20 at my daughter Tali’s baby shower,” Mrs. Smith said in reference to the candid she shared, which showed Italia surrounded by family at her baby shower.

Happy National Daughter Day! My girls and I took this pic on Sunday 9/20/20 at my daughter Tali’s baby shower. On 9/23/20 my granddaughter was born. Another generation of woman added to my bloodline. God is so good! Mo-Ma got another girl! 🥰👶🏽🎀 #ILoveMyGirls #majoritygirlmom #FAITH 📸: @gabresgallery

“On 9/23/20 my granddaughter was born,” Simone told her social media fans. “Another generation of woman added to my bloodline,” the celebrity grandmother added. “God is so good!”

Ma’s girl is having a babygirl!!! 💜 💗She’s the only one that calls me Ma. My other babies call me mommy and my grandson King-James calls me Mo-Ma 🥰

Fans learned of Italia’s expectancy days before LL Cool J’s daughter went into labor. “Ma’s girl is having a baby girl,” Simone said of her daughter’s pregnancy. “She’s the only one that calls me Ma,” LL Cool J’s wife said. “My other babies call me mommy and my grandson King-James calls me Mo-Ma.”

Happy 50th Birthday to my 1st best friend! A bond that can never be broken ♥️ Love you Ma! Some kinda Lady you are🥰

Italia and Lamar’s baby girl is their first daughter. The couple welcomed their son in 2018. Italia and Lamar Cardinez celebrated their third wedding anniversary this past June.

Blue Ivy Carter is one of the new faces on her mom Beyonce's new Ivy...

Lebron James' daughter is celebrating her sixth birthday today with all of the love and...

With the eyes of the entire world on the US election, Nickelodeon is making sure...

Maximus Turner is one young man that is not letting anything stand in his way...