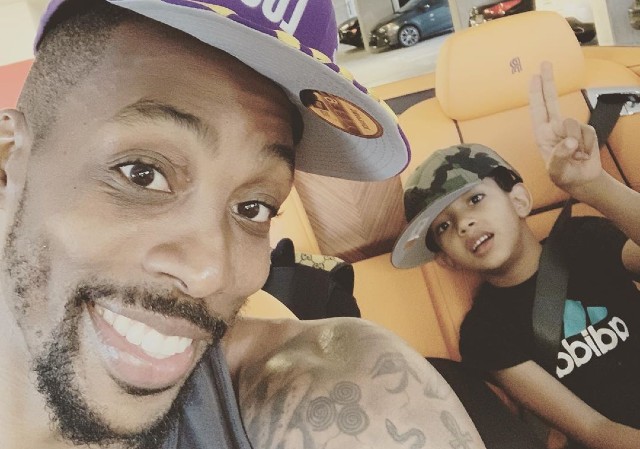 Dwight Howard’s Los Angeles Lakers recently advanced to their first NBA Finals in 10 years. In an interview, he explained how the Lakers’ victory was significant not just to him, but his 6-year-old son David Howard after the tragic passing of his mother Melissa Rios on March 27, 2020.

Following the Game 5 victory, the Lakers center sat down with the media, where he was asked to reflect on the mindset of his son and how much this victory means to him. “I think it will mean the world to him. He’ll never forget this moment and neither will I,” Howard said.

Dwight Howard went on to explain how he guided his son during their difficult time by setting an example. “He said it’s the worst year of his life and he asked why life is so hard. And I didn’t know how to really answer that for him,” Howard continued. “Now I just try to be the right example for him every single day, on the court and off the court.”

“He pushes me to be the best I could be, so I’m thankful that we had this opportunity together despite everything that’s happened in his young life. Just to make this moment special for him,” says Howard.

After a four-month hiatus due to COVID-19, the 2019-20 NBA season resumed on July 30. The Lakers entered the 2020 NBA Playoffs as the No. 1 seed in the Western Conference. In the first two rounds of the playoffs, the Lakers defeated both the Portland Trail Blazers and the Houston Rockets in five games. In the Western Conference Finals, the Lakers defeated the Denver Nuggets in five games to advance to their first NBA Finals since 2010, where the late great Kobe Bryant led them to their second NBA Championship victory in a row.

The Lakers will play the Miami Heat in the NBA Finals and Game 1 starts on Wednesday, September 30 at 9 PM ET on ABC.