"It's Definitely Not Spotting" 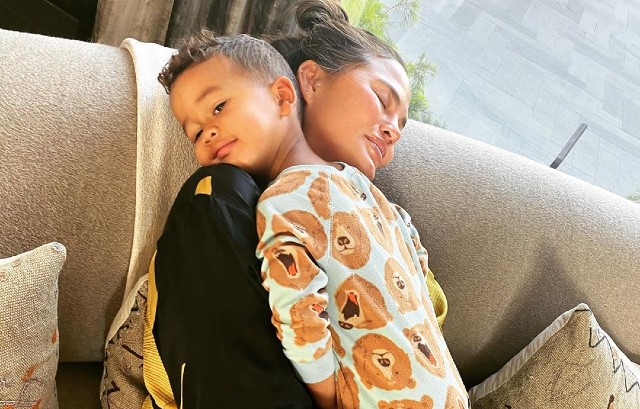 Chrissy Teigen had a health scare this past weekend that worried many of her Instagram fans. The cookbook author was hospitalized for excessive bleeding during her pregnancy.

Chrissy shared a few details about her condition during an Instagram Live session this past weekend. The wife of recording artist John Legend told her fans that she was taken to Cedar Sinai Medical Center after noticing consistently “heavy” bleeding coming from her vaginal area for more than a month.

“We’re talking like more than your period, girls,” Chrissy shared. “It’s definitely not spotting,” the celebrity mom confirmed. “A lot of people spot but it’s usually fine. Mine was a lot.”

John Legend and Chrissy Teigen shared news of their expectancy a few weeks ago. The ‘Love Me Now’ singer and his wife revealed Chrissy’s pregnancy was a pleasant surprise.

On weekends we freak out! Before I’m able to start feeling the kicks, the anxiety gets the best of me and any little bits of spotting or pain freak me ouuuuuut. one day I swear I’ll buy one of these machines but by then I’ll be all done with having monsters! But as my little Luna embarks on her very first sleepover tonight, another little one makes some big growth moves of their own. all is well. @Drthaisaliabadi @drsteverad 💕💕

Teigen later shared that her expectancy was considered “high risk” for a number of reasons.

“It’s so weird because the baby’s really really healthy,” Chrissy told her social media fans. The expectant star alluded to the notion of her placenta being the root of complications.

explaining what’s going on with my poopy placenta on my stories if you’re interested. Apologies for all the missed commitments in the next few weeks. 💙

TIA MOWRY, CORY HARDRICT AND KIDS ARE ALREADY IN THE HOLIDAY SPIRIT

TIA MOWRY, CORY HARDRICT AND KIDS ARE ALREADY IN THE HOLIDAY SPIRIT