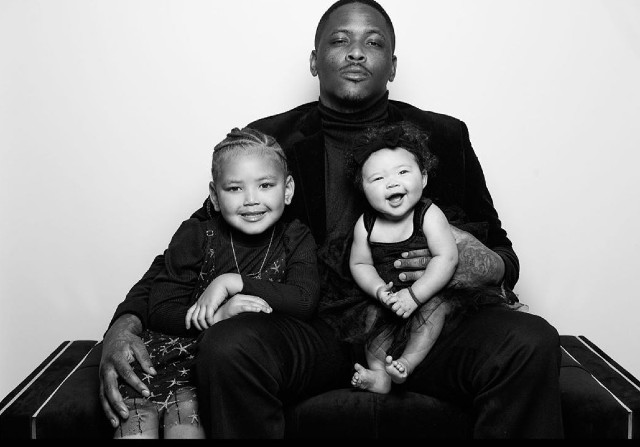 YG is under fire after letting his daughters, Vibe and Harmony, listen to his song, ‘Out On Bail.’ Some criticized the rapper for allowing his daughters to hear lyrics laced with profanity.

Several social media critics took issue with YG’s actions. A few even went so far as to question the rapper’s parenting skills.

#YG shooting up middle fingers while listening to #outonbail with his kids. 😳

Some may not understand YG’s passion as expressed through his latest project. The Compton native was arrested last year on charges related to an armed robbery that was allegedly carried out in an SUV registered to him. YG maintained that he was at his studio at the time of the reported crime. Still, he was arrested in front of his daughters and taken to Twin Towers division in Downtown Los Angeles for questioning.

“They came for some s— that I don’t have no idea about,” YG told the Los Angeles Times during a recent interview. “When they took me to Twin Towers, they had the homicide people come talk to me about some whole other situation. Right then, I’m not thinking about the Grammys. I’m thinking, ‘You finished, you ain’t going home.’ They were trying to spook me, hoping to put me away for life.”

“Out On Bail” tomorrow My Life 4hunnid the album October 2nd 👌🏾

The armed robbery case is still pending. You can listen to YG’s new album MY LIFE 4HUNNID, which features ‘Out On Bail,’ on music platforms across the Internet.