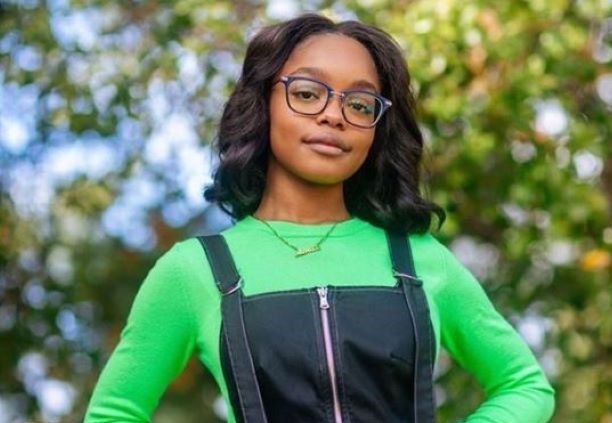 Marsai Martin is unquestionably proving that she is an unstoppable driving force in Hollywood. The talented teen, actress, producer, and entrepreneur is in the process of shopping an unscripted series about trailblazing black women possibly entitled, Baddies.

I’m excited for this one 🤪

THR dropped the big news in an exclusive this week. Baddies is being shopped with IT America’s Sirens Media.

The new currently developing unscripted series will focus on the stories of trailblazing Black women. The tentatively named Baddies, will be developed and produced under the banner of Martin’s Genius Entertainment.

“Black women have always contributed to American culture,” Martin said in the THR interview. “They’ve just never gotten the recognition. This show is a fun way of letting people know how dope we are.”

If the project moves forward, it will be the first series produced by the 16-year-old entertainer.

“Our team continues to be blown away by Marsai on multiple levels,” said Sirens president Jessica Sebastian-Dayeh in the same interview. “She’s a creative force of nature and an important voice in our culture, and aside from her obvious talents on camera, is a very deft and thoughtful executive behind the scenes. We’re proud to partner with her and Genius on this series that will shed light on vital stories in imaginative and unexpected fashion.”

The new series would be executive produced by Martin, Joshua and Carol Martin, Nicole Dow and Prince Baggett for Genius Entertainment, while on the Sirens Media side, Sebastian-Dayeh will executive produce. Stay tuned, there’s more to come on this amazing stories and we are already ready to binge watch!