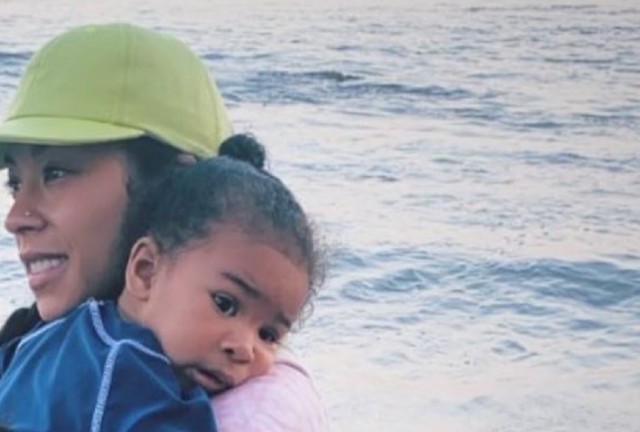 Keyshia Cole and her kids are enjoying the great outdoors. The celebrity mom recently shared candids of her and the family bike riding while also enjoying quality time at the beach.

Just the two of us! Keyshia Cole’s ex, #NikoKhale, spends some quality time with their baby boy. @nikokhale

Keyshia’s ex, Niko Khale, was filmed during one family outing. Niko enjoyed the bike ride with his son, Tobias Khale, who seemed excited to spend time with his father. “He is getting so big with his handsome self,” one BCK Instagram fan wrote.

Things between Keyshia Cole and Niko Khale have been harmonious despite the couple choosing to end their relationship a few weeks ago. Keyshia seemingly confirmed her split from Niko while responding to a fan who accused Cole of not knowing how to cultivate a relationship. “A N—a don’t know how to KEEP me,” Keyshia told the aggressive critic.

Some may remember the beginning of Keyshia Cole and Niko Khale’s relationship. A few criticized the ‘Love’ singer for choosing to be with someone several years younger than herself. Keyshia and Niko, however, did not allow the scrutiny to dictate their affection for one another.

It seems that even with Keyshia and Niko parting ways on an intimate level, the two are making the most of co-parenting alongside each other. Stay tuned for more Keyshia Cole and Niko Khale family news!

AYESHA CURRY'S TRICKS TO KEEPING HER CHILDREN FOCUSED DURING HOMESCHOOL