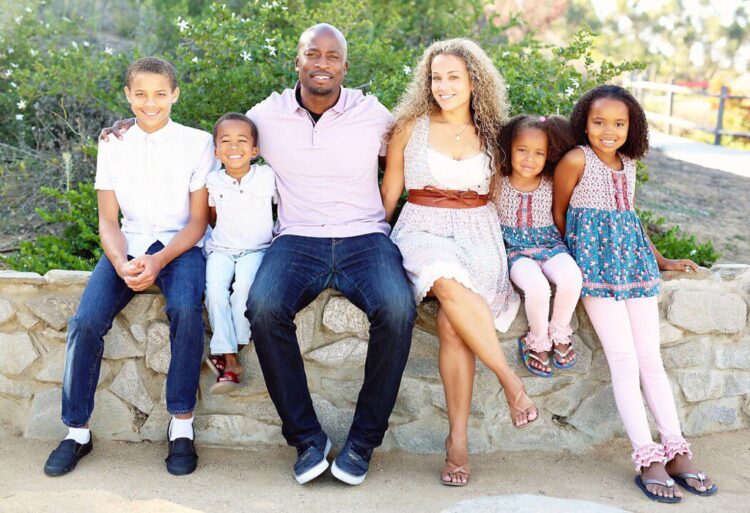 In the spirit of NBC’s “American Ninja Warrior,” the show’s host, former NFL player Akbar Gbajabiamila, has been challenging his kids to fun games at home.

Akbar Gbajabiamila has four children with his wife Chrystal, sons Elijah and Nasir, and daughters Saheedat and Naomi Gbajabiamila. Akbar has kept them on their toes with fun, humorous challenges and posts them on Instagram.

One challenge he did with Saheedat, Naomi, and Nasir was the “Fruit Roll-Up Challenge,” where Akbar and his kids competed to see who could eat a roll of Fruit by the Foot the fastest. Saheedat and Naomi came in first and second, while Akbar came in third and Nasir last. They did it a second time and the results were the same. Akbar captioned the video: “I took the L in the Fruit Roll-Up Challenge not once BUT TWICE. I’ll reclaim the 🏆 in the next competition. #Fun #Challenge #FruitRollUpChallenge.”

I took the L in the Fruit Roll Up Challenge not once BUT TWICE. I'll reclaim the 🏆 in the next competition. #Fun #Challenge #FruitRollUpChallenge

Another fun challenge they did was “Vegan Yogurt vs Regular Yogurt,” where Akbar served his kids identical vegan and regular yogurt and asked his kids if they could tell the difference. “Is it vegan? Let’s see who can figure out which yogurt is #vegan 🌱,” Akbar wrote in the caption. After trying both yogurts, Saheedat, Naomi, and Nasir were all able to correctly guess which yogurt was vegan, and none of them liked the vegan yogurt.

One other challenge they did was the “M&M challenge“, where the slid an M&M across a counter and had to race to catch it in their mouths on the other side. Saheedat won that challenge too after seven fun rounds. Akbar humorously captioned the post: “Speed ✅ Agility ✅ Quickness ✅ Winning the M&M Challenge ❌.”