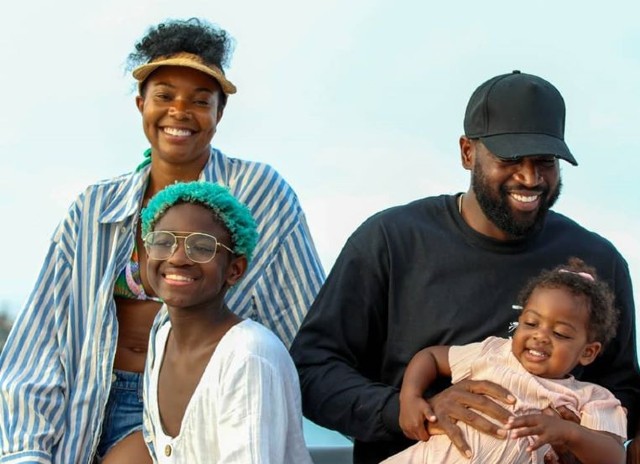 NBA legend Dwyane Wade and his wife, actress Gabrielle Union were both honored with spots on the 2020 TIME100 list, and they credit their transgender daughter, 13-year-old Zaya Wade for their spots on the list.

Dwyane Wade and Gabrielle Union have not hesitated to speak out on causes for equality and the Black Lives Matter movement in the past, but they took their activism to the next level when Zaya Wade came out as transgender during February 2020, changing her name from Zion to Zaya. Wade and Union have defended Zaya’s sexuality in the past and have not been shy in their unwavering support for her (and the LGBTQ+ community by extension) since she came out.

As TIME100 honorees, which is TIME’s annual list of the 100 “Most Influential People in the World,” Dwyane Wade and Gabrielle Union thank Zaya for their honors. “She’s helped us see, you know, life differently, and I’m thankful for her,” said Wade in an interview with Good Morning America. “She’s allowed me to be informed where I can help others, you know, in the same process. Right now it’s a lot of people in the Black community that will not accept someone of [the] transgender community, you know, and look at them as different and not worthy,” added Wade. “Not worthy of life.”

Wade and Union are proud to share the list with many esteemed people such as NIAID Director Dr. Anthony Fauci, rapper Megan Thee Stallion, and former Vice President Joe Biden. However, they find it a bit “weird” to get credit for something natural like accepting their child as she is.

“We’re still kind of getting used to being recognized for doing things that have really kind of come naturally like loving your kids as they are,” said Union. “It’s just weird to get credit for that. When you are in the fight for equality, you have to embrace every life as being worthy of and deserving of equality. You can’t pick and choose.”

The TIME100 broadcast special will be held tonight (September 22) at 10 PM ET on ABC.