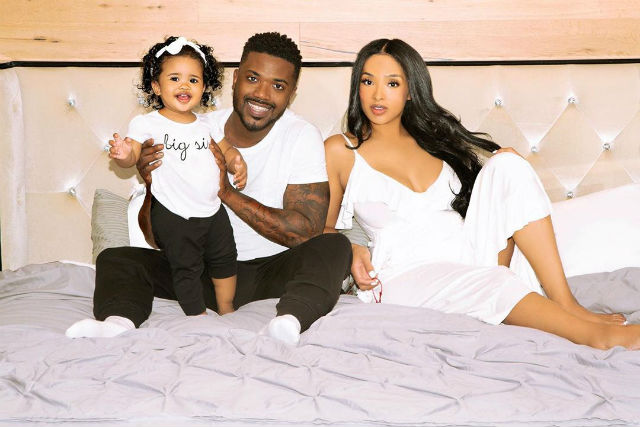 Ray J and Princess Love are calling it quits as the 39-year-old singer filed for divorce earlier this week. In an interview with ET’s, Melicia Johnson, the star admitted that he hasn’t “had a chance to sit back and think about it.”

Happy Birthday my love! I’m so happy and blessed to spend today with you and our family. God is the greatest! Everybody pls wish my wife @princesslove #HAPPYBIRTHDAY

“You know, I love her and I love my babies and it’s just personal, but she knows how I feel about her,” Ray J shared in the interview. “I just think that I want to make sure everybody is happy, that everybody enjoys life and that this can help her smile more and enjoy who she is and enjoy her life. You know, sometimes it’s the best thing to do.”

The reality star’s petition was filed two months after Princess Love requested to dismiss her own filing which was filed back in May. Although Ray J’s petition to many seemed like an impulsive decision, where no one knew of his plans, the singer stated that it was done with the best of intentions for everyone involved.

“It was just how I felt at the time. I didn’t really talk to nobody about it,” Ray J said in his ET interview. The singer stated that he would’ve gotten “too many opinions” if he had shared his plans. “I just went to God.”

The biggest blessing I will ever have! Thank you God. You have really gave me my life! @melodylovenorwood @epikraynorwood

Although the pair are seemingly going their separate ways, Ray J is making sure that the couple puts their children first, above all else. The pair shares two-year-old Melody and eight-month-old Epik.

“Even if we don’t make it, we still have to be with each other a lot, because we have a baby, so we’re together for life. Happiness is important. I think. I’ll sacrifice all my happiness for my kids,” Ray J stated. “With that said, we’ll just have to wait and see [what the future holds], but I want to make sure that they’re in a good space, and that she’s in a great space throughout this journey as parents as well.”

The most important take-a-way that Ray J offers, not only for his relationship, but for many many others is to remember that, “It’s important for us to be great parents first. Then relationships flow after.”

RASHEEDA AND KIRK FROST'S SON KNOWS HIS WAY AROUND CARS

RASHEEDA AND KIRK FROST'S SON KNOWS HIS WAY AROUND CARS