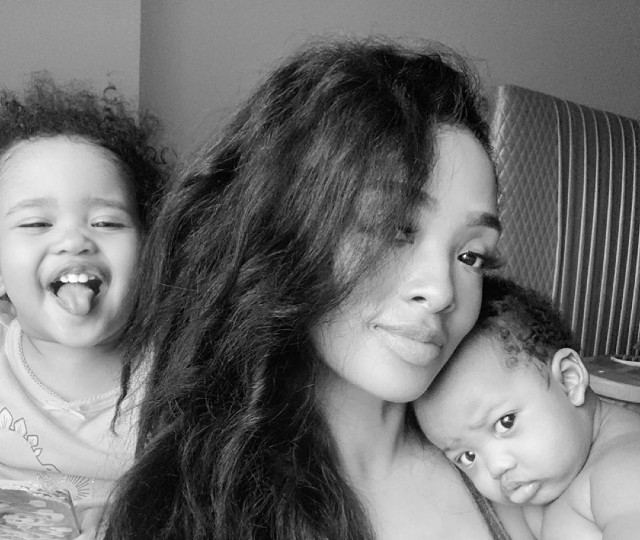 Singer Ray J recently filed for divorce from his wife (or soon to be ex-wife) Princess Love, just three months after their previous reconciliation.

In new legal documents, Ray J filed for marriage dissolution in Los Angeles County Court and is asking for joint custody of his and Princess Love’s two children, 2-year-old Melody Love and 9-month-old Epik Ray Norwood. In addition, Ray J also claimed that he and Princess Love have a prenuptial agreement that says that support and personal property are not part of their marriage and it should be enforced as such.

Ray J and Princess Love married in 2016 after four years of dating, but in May 2020, Princess Love filed for divorce, and a representative said at the time: “It’s a very difficult time for both Princess and Ray J and we are asking that we just let them have their privacy as they work through and deal with this very trying situation.”

However, it appeared that the couple made up since Ray was “back with the kids” a few weeks later and that they were together to celebrate Melody’s birthday in late May. “I’m back with the kids right now so I’m just really excited about my daughter’s birthday coming up this weekend,” said Ray J at the time.

“My wife has been supermom, and she wasn’t having that so she just wanted to make sure that I was good. We’re taking it one day at a time. For us to all spend time together, talk, and just be parents, I think a lot of things unfold from that,” he continued. “That’s a good start for us, just spending time with the kids and making sure that Melody has a great b-day. Through all of that, we can listen and understand each other. Right now we’re just locked in with the parenting. God is good.”

In July, Princess Love filed to dismiss her divorce from Ray J, but with Ray J’s new divorce filing it is clear that their reconciliation did not last, and now their four-year marriage is apparently coming to an end.

Happy Birthday my love! I’m so happy and blessed to spend today with you and our family. God is the greatest! Everybody pls wish my wife @princesslove #HAPPYBIRTHDAY

TIA MOWRY SAYS HER KIDS LOOK LIKE HER HUSBAND

TIA MOWRY SAYS HER KIDS LOOK LIKE HER HUSBAND