BOW WOW CALLS HIS DAUGHTER HIS ‘EVERYTHING’ AMID BABY RUMORS 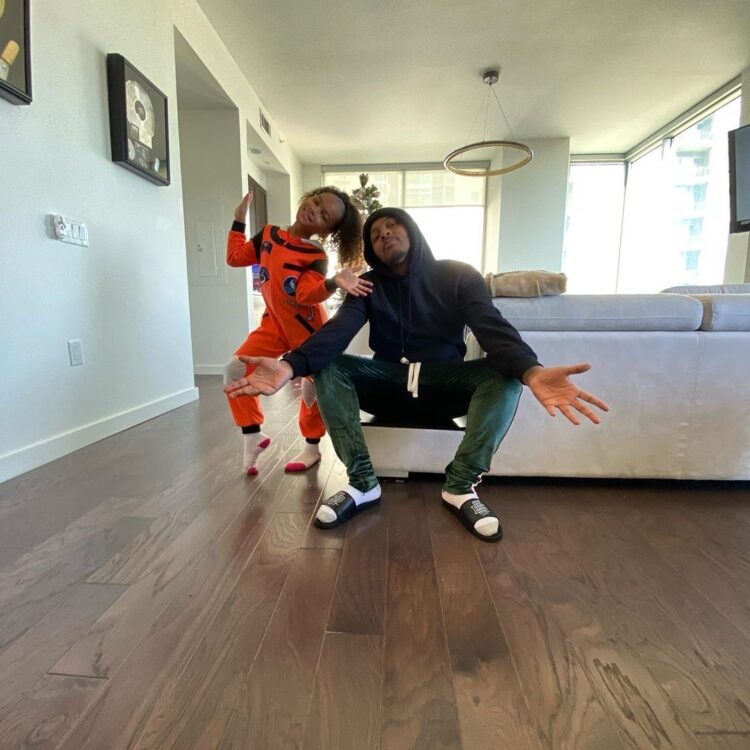 Bow Bow is such a doting father! The rapper recently called his daughter, Shai Moss, his “everything.” The sweet words came in the midst of rumors that Bow Wow, real name Shad Moss, fathers a son.

Laker game last week with my dad 💕Do I look more like my mom, or my dad?

Shai has been quite active on Instagram and TikTok this past few months. Many love the youngster’s routines with her mom, Joie Chavis, in which Shai lets all of her personality shine through. There have also been video clips of Shai without Joie that are absolutely hilarious.

In between zoom meetings 🏫 #lunchbreak

Bow Wow has been so enthused by his daughter’s social media presence that he recently invited entertainment mogul Tyler Perry to consider her for one of his movies or television series. “My everything,” Shad shared during one of his Instagram stories in which he sang the praises of his “mini-me.”

Bow Wow may have two kids, according to reports of the rapper fathering a son with a woman named Olivia Sky. Not only did Sky deem Shad Moss as the father of her son but she also shared a candid of her baby boy that led some to believe the little one favored Bow Wow.

There are no reports of a paternity test proving or disproving Bow Wow as the father of Olivia Sky’s son. Stay tuned for more celebrity father news!