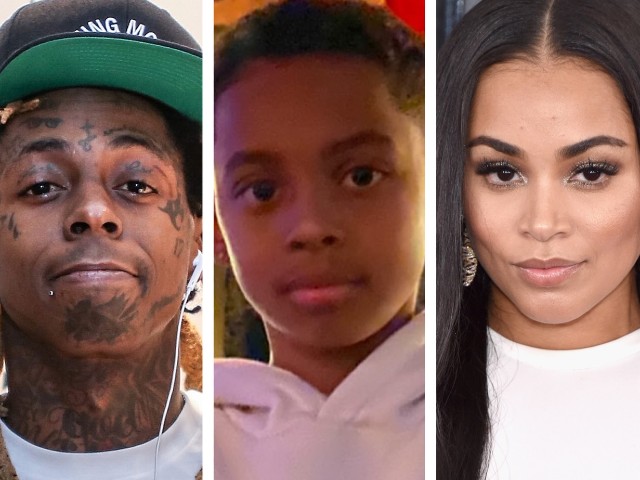 Lil Wayne and Lauren London’s son, Kameron Carter, is eleven years old today! As part of her birthday tradition, Lauren took to her Instgram to share a little poem she wrote in honor of her son’s birthday. She writes:

My 1st born
I am Honored beyond to be your Mothership.
11 is a Magical number #
Happiest Birthday SonLight
I Love you

King Kam You are Powerful You are Resilient You are a Healer You shift the atmosphere My 1st born I am Honored beyond to be your Mothership. 11 is a Magical number # Happiest Birthday SonLight I Love you ✨💙🙏🏽

Kameron’s  sister Reginae Carter also took to social media to share a new picture of Kam, along with a birthday wish.

“Happy birthday to my little brother Kam,” wrote Reginae on Instagram. “Love you.”

In the picture, Kameron can be seem wearing  an unbuttoned shirt while showing off his Nipsey Hussle tribute chain.

Kameron Carter was born to Lil Wayne and Lauren London in September 2009. Shortly after welcoming their son, the former couple went their separate ways. In a recent interview, Lauren suggests the that she and Wayne ultimately weren’t compatible.

“I’ve known him a very long time, and we were in a relationship that didn’t make it,” she explained. We tried more than once to revive it, and we were engaged briefly years ago, but we eventually parted ways.”

London went on to date rapper Nipsey Hussle from 2013 until his death in March 2019. The couple had a son named Kross, who also recently celebrated his birthday.

Killa and Drew my goon squad!

Wayne is currently in a committed relationship with Australian plus-size model, La’Tecia Thomas. Aside from Kameron and Reginae, Wayne has two more kids.