MASIKA KALYSHA COMES TO BLOWS WITH HAZEL-E OVER DAUGHTER

"Don't You Ever F*ing Speak On My Child" 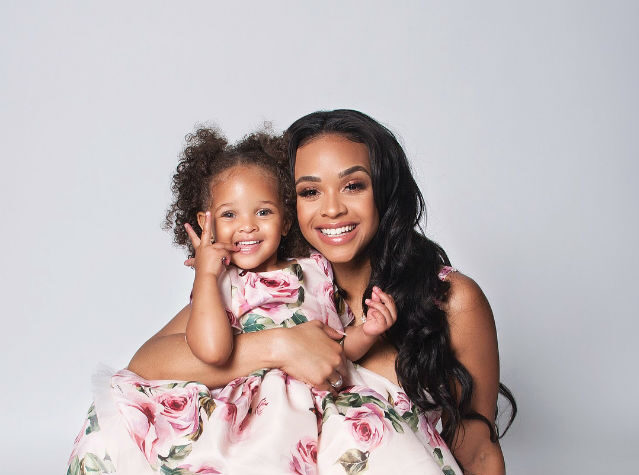 Masika Kalysha is not accepting any disrespect from Hazel-E when it comes to her daughter, Khari Barbie. The former Love and Hip Hop: Hollywood (LHHH) star comes to blows during an upcoming episode of Zeus Network’s The Conversation after her nemesis makes a comment about her child.

When they need press they be like Masika “Gimmie a quick look!” Glam cam @kharibarbiebeauty

Hazel-E and Masika have been rivals since Masika allegedly stole beats from her song during season one of LHHH. Hazel did irreparable damage to the relationship by making negative comments about Masika’s daughter.

The purpose of the Reality TV stars’ conversation on Zeus’ show is allegedly to address the bad energy and ultimately end the bickering. Things do not go as planned, however, as Hazel-E insinuates that Masika is not a good role model for her daughter. Masika tries to physically fight Hazel before emergency services are ultimately dispatched to the house. Take a look at the wild super trailer below!

Meanwhile, Khari Barbie is a dancer in the making. The little one was recently recorded by her mom while showing off her moves.

“I bumped my head a little but @alvinailey dancers here I come,” Masika wrote on her daughter’s behalf. “The way she effortlessly mixed contemporary dance with breaking and a hint of crumping,” one fan said in adoration of Khari’s natural talent. “Get it, girl,” another social media follower exclaimed. “She’s ready,” the fan said.

Khari Barbie has been stealing attention from her mom’s social media page lately. It was just the other week that Masika’s daughter told her mom that she loved “daddy” most of all. Masika was taken aback by her daughter’s devotion to Fetty Way since the video clip was supposed to be a “mommy-daughter” moment. Nevertheless, Masika made the most of the segment by telling her daughter it was “so nice” that Khari was thinking of her father.

It be ya own kid. 😂 This kid needs her own show @kharibarbie

“It be ya own kid,” Masika mused of her daughter’s absolute love for her father. “This kid needs her own show,” the celebrity mom said of her little one’s talent.

My big 4 year old @kharibarbie 😍🥰 I started making a Khari Barbie beauty hair oils for my daughter when she was nine months old it is the only product I’ve ever used in her hair for upkeep. (I use different styling products) let me be clear my hair oils are not for curly hair, we just happen to have curly hair. They are not styling products they are healthy hair products for all hair types. It takes me 2 hours to wash and style me and #kb’s hair but I love every second of it! The naysayers (who have never tried any @kharibarbiebeauty products) always try to discredit me by saying “oH iTs GeNeTiCs” 🙄 well genetics are responsible for your hair color and texture but your hair health and growth truly depends on you. All seeds grow. But but if I plant my seed in nourished soil that I water daily and place in direct sunlight my seed will grow bigger, faster, greener and stronger than your seed left in the dark planted in dry soil. The same is true with our hair. Nourish your scalp & moisturize your hair with @kharibarbiebeauty hair growth oils. Trim your dead ends and drink your water 💦 and grow baby grow!