"I Hope She Is Inspired" 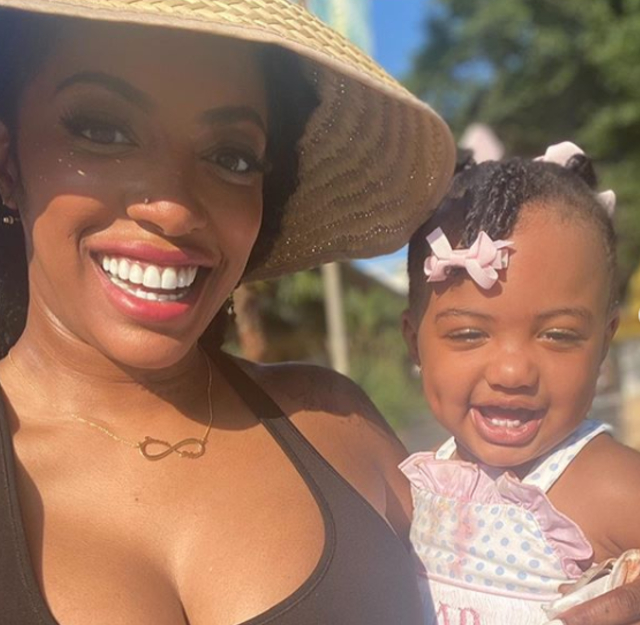 Porsha Williams is not waiting for equality to be handed to her on a gold platter. The Real Housewives of Atlanta (RHOA) star tells ELLE that her daughter, Pilar Jhena McKinley, is her inspiration in the fight for social justice.

“It wasn’t an easy decision,” Porsha says when asked about her choice to lead Breonna Taylor protests. “I have a one-year-old daughter and could potentially be putting myself at risk to be intimidated or harmed by the police,” the celebrity mom shares. “Same with my mother,” Porsha adds. “She has been staying with us during the pandemic. The risk of COVID-19 and her being older and at risk, bringing that back home was definitely something I was concerned about.”

Such concern did not hinder Porsha from taking action. She and her fiance, Dennis McKinley, took to the streets of Atlanta to protest the murder of George Floyd back in June. The celebrity parents were tear-gassed during the peaceful rally.

“It was very frightening because it came out of nowhere,” Williams recalls. “The media has made it seem that there is a lot of crazy going on and I have not witnessed any of that when I was out there,” the RHOA star says.

“The police just started shooting at us,” Porsha explains. “It was really disheartening, and I was very upset. But I was fine and telling people around me to not worry about me because I am out there so my daughter and other young people can have a better future. That’s why you shake it off and you keep going. I can deal with some teargas, especially when you look to the past, where Black people were getting bit by police dogs and beaten with batons and barbed wire and getting killed in the streets. But they kept going and sacrificed themselves in order for the message to be heard and the visuals to be seen on TV screens across the country.”

Some have advised Porsha Williams to think of her daughter when leading protests because of the hostility directed towards individuals fighting against racial injustice in America. The celebrity mom, however, is thinking of her baby girl, and hopes Pilar understands when she is older.

“I hope she is inspired,” Porsha says when asked what she hopes her daughter feels when looking back at this moment in history. “I also hope that she is standing in a different world and she is not afraid because of a broken taillight or falling asleep in her car or afraid to make mistakes because those mistakes won’t be a death sentence,” the RHOA star shares. “I want for her to activate her voice and be outspoken and know I love her very much.”