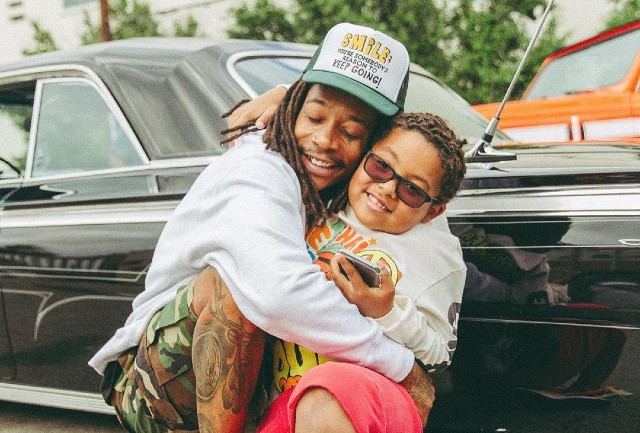 Wiz Khalifa is enjoying homeschooling his 7-year-old son Sebastian Thomaz. The rapper took to his Instagram Stories this week (week of August 23) on his son’s first day in second grade.

Wiz Khalifa posted a video of Sebastian virtually attending his classes via Zoom. A caption in the video read, “The future is crazy. This is his first day of second grade.” Wiz Khalifa was clearly amazed by the effectiveness of remote learning and says that homeschooling his son is “nice.”

Wiz Khalifa shares Sebastian with his ex-wife, model Amber Rose. They divorced in 2016 after three years of marriage, but they love Sebastian dearly and split their parenting duties. Wiz Khalifa even features his son in some of his music videos, such as the one for “Bammer” from his most recent album The Saga of Wiz Khalifa, which he aptly dropped on April 20 (4/20).

💕 Our kids are everything. My son reminds me everyday to be a better person

It’s no secret that Wiz Khalifa is a huge fan of marijuana; in fact, he even has his own marijuana strain called Khalifa Kush. Now Wiz Khalifa is taking his love of pot into the restaurant industry with his new restaurant called HotBox by Wiz. Set to open in Chicago, Illinois on October 1, Wiz Khalifa’s delivery-only restaurant brings delectable, stoner-friendly meals right to his customers’ door. The dishes are named after clever puns based on Wiz Khalifa’s music and of course, plenty of weed references.

Although the full menu isn’t yet available, fans eating from Hotbox by Wiz can expect meals like “Blazed Ends” which are “savory burnt ends smothered in a smoky-sweet BBQ sauce,” the “Taylor Gang Turkey Burger,” and of course, “Mac and Yellow,” mac and cheese named after Wiz Khalifa’s 2010 hit “Black and Yellow.”