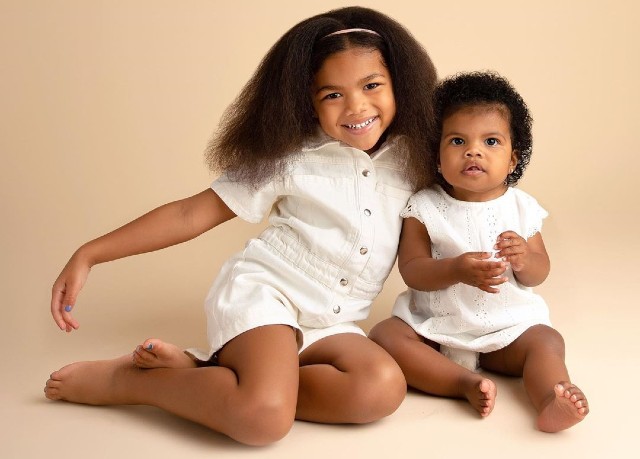 Chance the Rapper and his wife, Kirsten Corley, are celebrating their beautiful family. The celebrity parents recently shared new photos of their growing kids.

“Time flies,” Chance captioned underneath one series of pictures on Instagram that showed his wife with their youngest daughter, Marli Grace Bennett. Individual shots of Mali and her older sister, Kensli Bennett, were also included in the Instagram post.

“Marli will be one-year-old next week, Kensli will be 5 [years old] next month, and me and Kirsten will be celebrating 2 years of marriage in December,” Chance the Rapper told his social media fans. “God is good,” the recording artist declared.

It was just a few weeks ago that Chance the Rapper and Kirsten Corley were featured in Parents magazine alongside their kids. Chance also shared his vision of a better world for his kids with the magazine.

“If we thought that teaching our kids how to read was hard, imagine teaching them that there’s an entire system of oppression that our society is built on, that they can either be complicit in or work to change,” the ‘No Problem’ artist said. “It’s a difficult task, but it’s like we were born or live in this time for a reason,” Chance continued. “I think we have a pretty crazy opportunity right now to change the trajectory of humanity.”