KEVIN HART, WIFE AND KIDS HAVE ENJOYED THEIR ‘STAYCATION’ 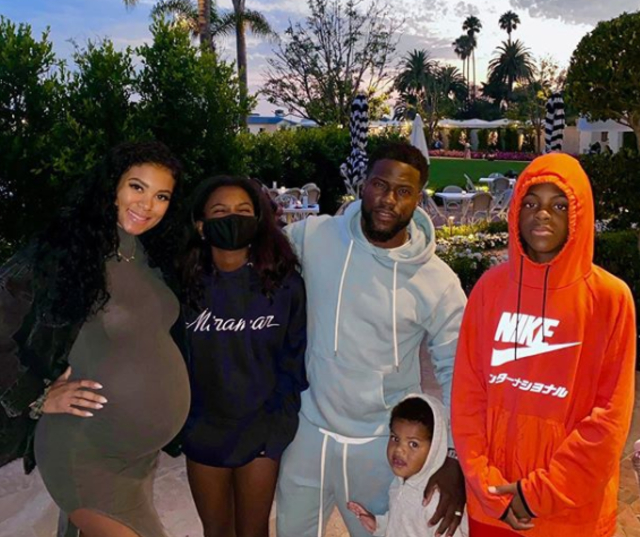 How did Kevin Hart and his wife, Eniko Hart, celebrate the summer? With a staycation, of course! Eniko took to Instagram this past weekend to announce the end of what has been several glorious weeks of adventures at home.

“Staycation situation with my loves,” Mrs. Hart captioned underneath a picture that showed her with Kevin and the Hart kids. The celebrity mom also shared a candid of herself spending time with Kenzo, Heaven, and Hendrix at the beach. “Mama Bear,” Eniko said of her protective spirit.

Several of Eniko’s fans responded to Eniko Harts’ staycation posts. “Love this family,” one fan said. “You carry so well,” another Instagram follower wrote in reference to Eniko’s pregnancy. “So adorable,” the fan added.

Eniko Hart is well into her third trimester of expectancy. The celebrity mom recently shared a video clip of herself exercising that showed Eniko’s dedication to fitness and overall healthy living while pregnant.

It is not uncommon for Mrs. Hart, who is a model by trade, to share candids from maternity photoshoots at home. Kevin Hart, however, has declared his commitment to taking pictures of his wife when she least expects the limelight.

“During these last few months, I am waiting for the moments that aren’t the most photogenic, trying to catch her biting a big sandwich, you know, falling asleep,” Kevin said during a recent interview. “Just the moments of pregnancy that are really beautiful,” he added. “I am going to focus on those. Because we’re in the house, I don’t have nothing (sic) else to do.”

Kevin and Eniko Hart are expecting their second child together. The little one will make the couple’s son, Kenzo, a big brother. Heaven and Hendrix are Kevin Hart’s kids with his first wife, Torrei Hart. Stay tuned for more Hart family news!

MALIKA HAQQ'S SON, ACE FLORES, IS FASHION-FORWARD THANKS TO FENDI

MALIKA HAQQ'S SON, ACE FLORES, IS FASHION-FORWARD THANKS TO FENDI