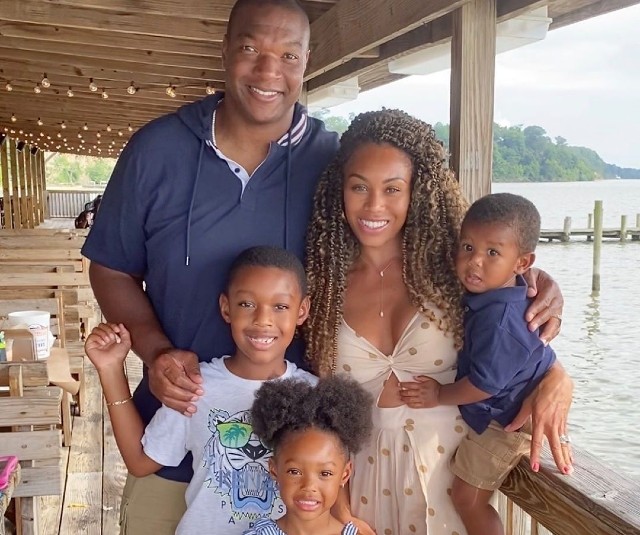 RHOP Monique Samuels is ready to clear the air about recent rumors surrounding her family. The Real Housewives of Potomac (RHOP) star recently took to Instagram Live with her husband, Chris Samuels, to address the notion of her having an abortion as well as the idea of her son, Chase, having a father other than her husband.

“I have a former friend who thought it was more important to try to make a place for herself on this show than to be a friend,” Monique said with regard to how the gossip began. “This former friend started reaching out to production [and] spreading lies.”

Gizelle Bryant and other cast members of RHOP began circulating the false narrative of Chase, Monique and Chris Samuels’ youngest son, having a different father from Monique’s other two children. The gossip, however, began when Monique’s former friend reached out to production.

“She reached out to these people trying to get them to believe whatever story she was telling and nobody would believe it,” the celebrity mom said. “So the next best thing that she could do was to go to cast members who she thought were thirsty enough to listen to the story and whoever she thought that she could manipulate.”

It did not take much to manipulate Monique’s enemies. They were all ears to the lie of Samuels having an abortion in 2017 all while pushing the storyline of miscarriage for publicity. The former friend also began sowing the idea of infidelity by accusing Monique of having an affair that resulted in Chase’s conception.

“Once she finds out that I was pregnant, she then starts saying that I was cheating on Chris and that the baby wasn’t Chris,'” Monique told her Instagram Live fans. “All of this while I’m having a high-risk pregnancy,” the celebrity mom added. “I had to stop working out because I almost lost my baby. Chase, I almost lost him at eight weeks pregnant.”

Monique Samuels has never been one to support a negative storyline about her family. In fact, the celebrity mom was ready to call it quits after Season 3 of Real Housewives of Potomac because of the lies. See Monique and Chris’s full explanation below!

KEVIN HART, WIFE AND KIDS HAVE ENJOYED THEIR 'STAYCATION'

KEVIN HART, WIFE AND KIDS HAVE ENJOYED THEIR 'STAYCATION'