JORDIN SPARKS ON TEACHING HER SON ABOUT RACISM: ‘IT’S DEVASTATING’ 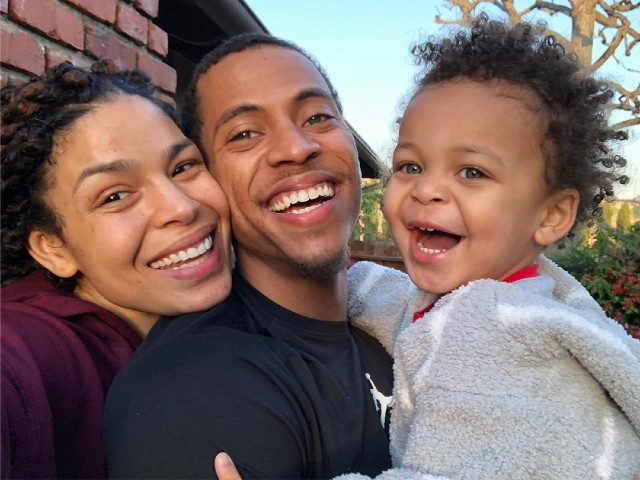 Part of Black culture is parents discussing racism with their kids and singer Jordin Sparks knows this all too well, as she prepares herself for when she eventually teaches her 2-year-old son Dana “DJ” Isaiah Thomas Jr. about racism.

Jordin Sparks rose to fame in 2007 when she won season 6 of American Idol at 17, which made her the youngest Idol winner ever. 13 years later, Sparks is a proud mother to DJ, who she shares with her husband, model Dana Isaiah. Although they know that tough conversations are necessary, Sparks and Isaiah dread having to explain racism to little DJ, knowing it will “chip away at his innocence.”

HAPPY BIRTHDAY TO THE SWEETEST, SMARTEST, SILLIEST, MOST LOVING HUMAN BEING ON THE PLANET! We are so grateful that you chose us to guide you through this life. We will always be here for you & there is nothing that could stop us or keep us from loving you. This has been the best two years of our life and we’re so excited to see you grow. I ADORE BEING YOUR MOMMY! I love you, My Lil Bear. 💙🎉 #DJis2 #GoldenBirthdayfortheGoldenBoy

“How do we tell him that he may be treated differently because his parents have melanin in their skin? It’s devastating,” says Sparks. “It’s so hard that we have to have that conversation; he’s so young, and it’s hard to chip away at his innocence in that way. We’re going to have to have a conversation that’s going to shatter some things for our son.”

On May 25, Minnesota resident George Floyd was brutally murdered by police officers, and since his death, Black Lives Matter protests against police brutality and systemic racism have spread across the nation. In those protests, Jordin Sparks sees hope that her son will have a better future. “I want his future to be better than this; it’s got to be better than this,” she says.

HAPPY BIRTHDAY TO THE MOST LOVING, SOLID, HYSTERICAL, SUPPORTIVE, FINE MOTHA SHUT YOUR MOUTH I HAVE EVER KNOWN! (I know it’s totally unfair to not put a solo pic of you first but you and DJ look so cute in this!! SWIPE for solo sexiness and more adorable photos!) You. I love everything about you. As a human. As a man. As a father. As a husband. It’s been an honor and absolute pleasure to be by your side. Watching you evolve and grow is such a delight. To the tickle monster. To the man who supports me in every way. To my handyman. To the man who would help anyone who needs it. To the man who gets me flowers & kitchen items just because. To our protector. To Hubz. To Daddy. I (we) love you so much. Here’s to celebrating you & every birthday until forever! ♥️🥳🎉 #28

Jordin Sparks has been quarantined with her family as they wait out the coronavirus pandemic, and she has enjoyed the quality time with her son and watching him grow. “DJ has just blossomed so much during this time,” says Sparks, “Being able to see him grow every single day is so much fun.”

Jordin Sparks hasn’t just spent her quarantine time playing, she has also been hard at work on her new EP Sounds Like Me, her first solo project in five years. “I just turned 30, and I feel so far removed from that 17-year-old girl on Idol, but am still the same at my core,” says Sparks. “I’ve done a little bit of everything — pop, power ballads, R&B, I toured with Britney Spears — but this is the first time I’ve felt like a project sounds like me, so that’s what I’m calling the EP.”

Sounds Like Me is set to release on August 14.