GABRIELLE UNION ON INFERTILITY AND SELF-CARE 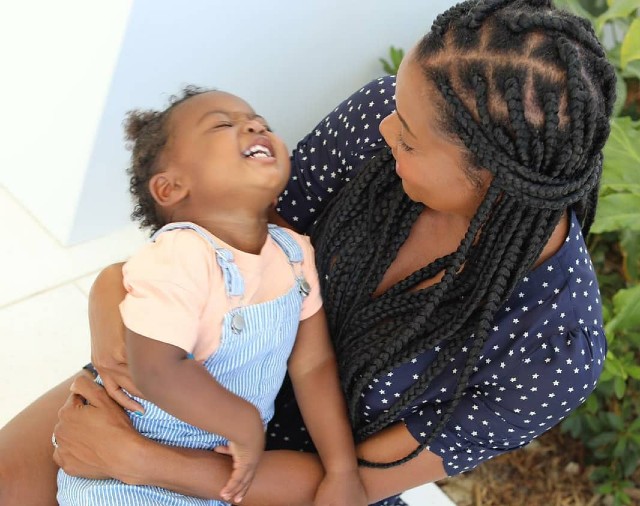 Actress Gabrielle Union is a proud mother to her loveable daughter, 1-year-old Kaavia Wade, but before Kaavia’s birth, she struggled with infertility on her path to motherhood. During a recent episode of iHeartRadio‘s Katie’s Crib podcast with host Katie Lowes, Gabrielle Union discussed her experiences with infertility and surrogacy and the importance of self-care for mothers.

Gabrielle Union shares Kaavia Wade with her husband, NBA legend Dwyane Wade. Gabrielle is also a loving stepmother to Dwyane’s two children, 18-year-old Zaire and 13-year-old Zaya Wade. Kaavia, who is nicknamed “Shady Baby” due to her sassiness and hilarious expressions, was born in November 2018 via surrogate due to Union’s infertility issues. She spoke to Lowes about her fertility struggles and the inspiration she received from fellow mothers that helped her through it.

“Everyone moves through this fertility journey differently,” said Union. “For so many, there is so much shame about your body betraying you and you just don’t want people to know. But there is this amazing network of women working low-key to help you through the process.”

After Kaavia was born, Gabrielle Union gave support and advice to women who were also dealing with fertility issues as she did. “Once I went through the process and was vocal about it, I’d get at least a few times a week, people wanting help,” said Union. “I like the idea of paying it forward because it’s hard, and certain parts of it just freakin’ suck.”

This face, I cant take it!! @kaaviajames 📸 by @zaire

Gabrielle Union, who ordinarily has a busy schedule as an actress and a mother, also spoke about how important it is for mothers, especially working mothers, to take time to care for themselves. “We’re super conditioned to not center ourselves in our own stories,” said Union. “Anything less than giving every part of ourselves to other people; we’re that selfish b—h, we’re the bad mom, we’re the bad wife, we’re the bad friend when you don’t give every piece of yourself to everyone else whenever they feel like they need it.”

However, Gabrielle Union believes that “it is okay to center yourself and your needs and advocate for yourself and be the center of your own story and be your best self for yourself, so you can offer — in reasonable doses, as you see fit — parts of you to other people,” says Union. “We say in our family and in our crew, ‘We all we got.’ Start with you first.”