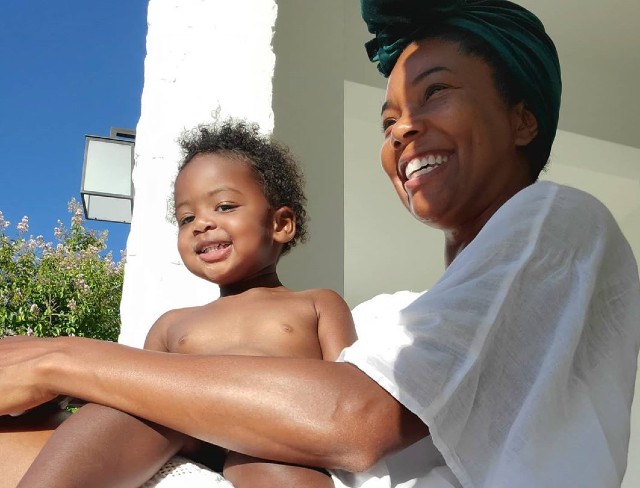 Actress Gabrielle Union and NBA legend Dwyane Wade’s daughter, 1-year-old Kaavia Wade, is living up to her “Shady baby” moniker and she proved it in a recent video Gabrielle shared of Kaavia rejecting Gabrielle’s cousin, rapper Saweetie’s song, “Tap in.”

Due to her sassy personality and her hilariously meme-able facial expressions, Kaavia earned her trademark nickname “Shady Baby,” and she definitely lives up to it. “Kaavia looks like me, acts like [Gabrielle]. She has a whole personality,” says Dwyane. “She’s very particular about everything just like her mother, very particular, but I love it because she lets you know who she is, and what she wants, what she don’t want. It makes it easier for me to be like, ‘Oh, you don’t want that? Cool.’”

For instance, one Instagram video shows Kaavia dunking a toy basketball on a little children’s hoop. She then picks up the ball and hilariously throws it into the bushes. The funny caption read: “There is no “I” in team. I should not have to get my own rebound. Game and story, over. 👶🏾👶🏾👶🏾 #ShadyBaby.”