CIARA AND HER KIDS ARE ‘ROOTED’ IN NEW MUSIC VIDEO 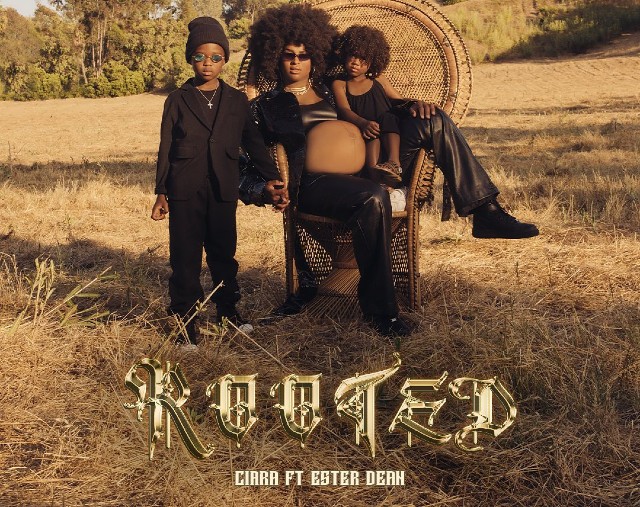 “Rooted” pays tribute to motherhood and Black culture with cameos from her children, 6-year-old Future Zahir (who she had with rapper Future), and 3-year-old Sienna Princess Wilson, who she shares with her husband, NFL quarterback Russell Wilson.

Since the music video was filmed two days before she gave birth to her third child Win Harrison Wilson on July 23, it also features Ciara dancing with her pregnant belly in full display. The video contains images of Black families and fierce dancers; a true celebration of Black beauty and pride. “All my songs come with melanin/ Got the heart, got the soul like Harriett/ A queen since she born, that was evident/ That’s evidence, of Black excellence,” sings Ciara.

In addition, the video features footage of Black Lives Matter protestors holding images of George Floyd, a Black Minnesota resident who was murdered by police on May 25, and Breonna Taylor, a Black EMT who was also murdered by police on March 13, when they broke into her house and shot her as she slept. Since their tragic deaths, protests against police brutality and systemic racism have galvanized the nation, and Ciara does her part to honor them with “Rooted.”

In an interview with ET, Ciara shared what “Rooted” means to her and the inspiration behind it. “For me, this song allowed me to celebrate the Black joy. It allowed me also to celebrate our uniqueness, our strength, everything that we need to survive and thrive is rooted in us,” said Ciara. “You’re never limited by your gender or the color of your skin. That’s how I live my life, and so it’s important to me to continue to express that and to continue to encourage not just my fans, but particularly our community, the Black community [to do the same].”