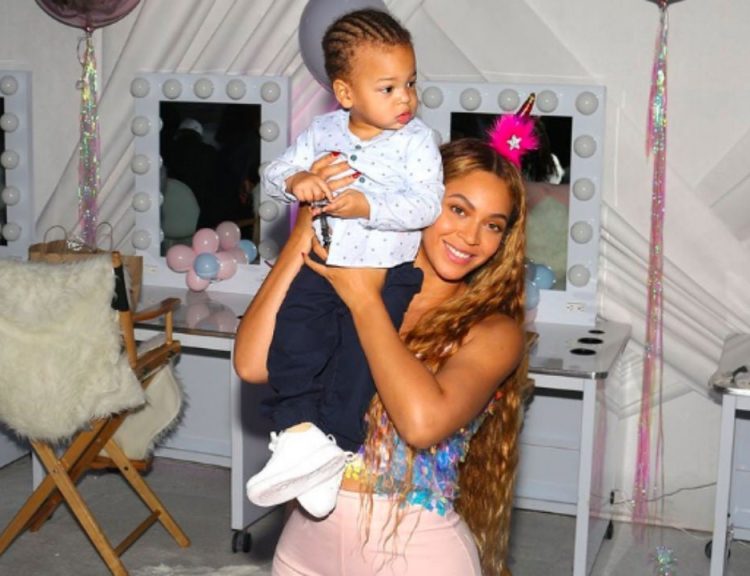 It is not often that the public gets to see how Beyonce interacts with her kids behind-the-scenes. Such is why the masses enjoyed a video clip of the Black Is King creator dancing with her son, Sir Carter, which was shared by Blue Ivy’s stylist this past weekend.

A family friend who identifies himself as “Beyonce Former Personal Assistant Blue Ivy Carter Stylist,” better known as Manuel Mendez, uploaded the footage to his Instagram account. In the clip, Beyonce holds her son tight while celebrating what appeared to be his birthday. Sir’s twin sister, Rumi Carter, was not in the footage, which made the moment captured a pure mother-son segment.

“Sir Carter flooded in a @giorgioarmani suit In Black Is King pure ice (ice),” Manuel Mendez shared with his social media fans. “I’m so grateful for every opportunity @beyonce (The Carter Family) has given me throughout the years,” the stylist continued. “You trust me with your most precious jewels, your children. I love you, and I love the kids more.”

Manuel Mendez is believed to be the fashion sense behind Blue Ivy Carter’s appearance in Black Is King. The youngster exhibits a good balance with a dress fit for a princess and just enough accessories to convey the notion of her progressively growing from the baby that fans love to a girl who is unafraid to express herself.

FLOYD MAYWEATHER'S DAUGHTER, JIRAH, CALLS HIM OUT AND HE RESPONDS

FLOYD MAYWEATHER'S DAUGHTER, JIRAH, CALLS HIM OUT AND HE RESPONDS