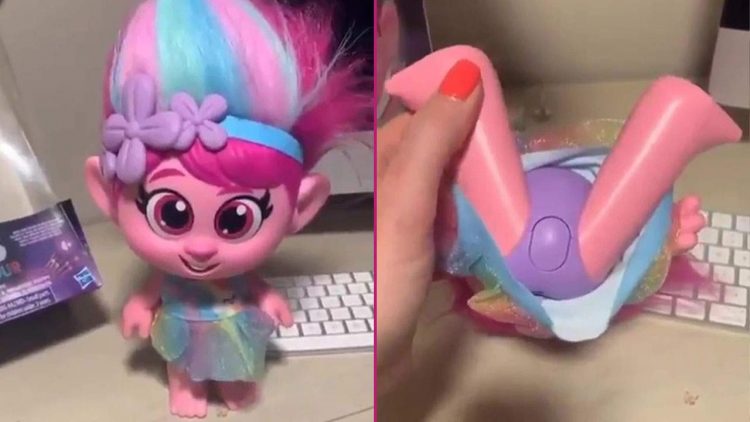 Toy giant Hasbro is in the news over their Trolls doll, “the DreamWorks Trolls World Tour Giggle and Sing Poppy.” The toy maker is pulling the doll from shelves after a petition with over 150K signatures accused Hasbro of promoting child abuse. The complaints go on to specify that although the doll has two buttons, the one under her skirt, is inappropriate on multiple levels.

Julie Duffy, Hasbro’s spokeswoman, told CNN that, “this feature was designed to react when the doll was seated, but we recognize the placement of the sensor may be perceived as inappropriate. This was not intentional and we are happy to provide consumers with a replacement Poppy doll of similar value through our Consumer Care team. We are in the process of removing the item for purchase.”

The online petition, started by Jessica McManis, which is aimed at Target, Amazon, Walmart, and other retailers says, “When you push this button on the doll’s privates she gasps and giggles. This is not okay for a child’s toy! This toy needs to be removed from our stores. What will this toy make our innocent, impressionable children think? That it’s fun when someone touches your private area? That pedophilia and child molestation are okay?”
What do you think about this Hasbro doll? Do you think that the company is doing the right thing by removing it from shelves? Have you purchased the doll and want to share your first-hand opinion? Sound-off and comment below. We want to hear from you.
Post Views: 876
Tags: DreamWorks Trolls World Tour Giggle and Sing PoppyHasbro
ShareTweetShareSend
Previous Post