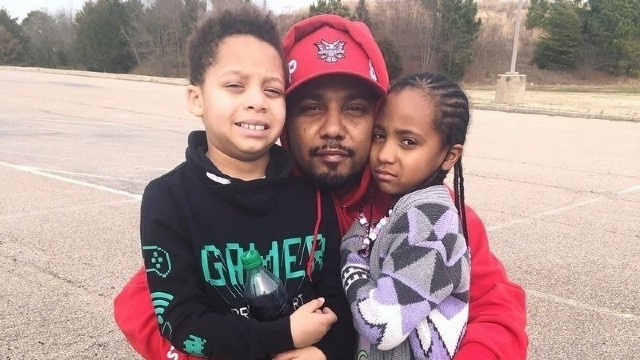 Juelz Santana is back home with his family. The “Love & Hip Hop New York” star was released from Jail today and shortly afterward, he reunited with his wife Kimbella Vanderhee and their kids.

In December 2018, Santana was sentenced to 27 months in prison on weapon and drugs charges stemming from a New Jersey airport incident. The rapper, who has a previous felony conviction that prohibits him from having a firearm, began serving his sentence in March of 2019. Prior to heading off to prison, he married Kimbella in a private ceremony in New Jersey on January 10th after ten years of dating.

“This year was tough and it made me even stronger,” Kimbella shared a few months prior to her husband’s return home. “We got through it together as a family,” the LHHNY star added. “We’re finally at the finish line and gearing up for Juelz return home. Starting a whole new chapter once he’s back and I’m so excited for his return and what we have ahead of us!”

“Juelz is coming home to new music, we’re releasing a new single today on his 1 year of incarceration and the #FreeSantana project will be out next week, we will be consistently releasing new music now and when he returns! I want to thank all the fans and supporters who have continued to send your love and kind words throughout this difficult time Juelz has been serving his sentence,” She added.

Kimbella and Juelz Santana have three kids together – Juelz,  Santana Jr., and Bella. The couple’s son, Santana Jr., was born shortly after the rapper went away to prison. For that reason, Juelz missed his son’s birth as well as his first birthday.

“I hate that I missed it but I love you so much and I promise to make it up to you,” the musician wrote on Instagram. 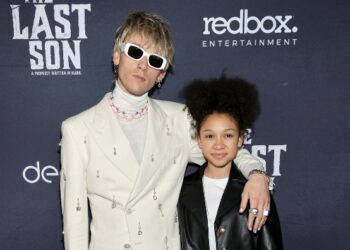 Colson Baker aka Machine Gun Kelly and his daughter Casie hit the red carpet in...