CHRIS BROWN AND AMMIKA HARRIS SHOW OFF THEIR ‘FLY’ SON 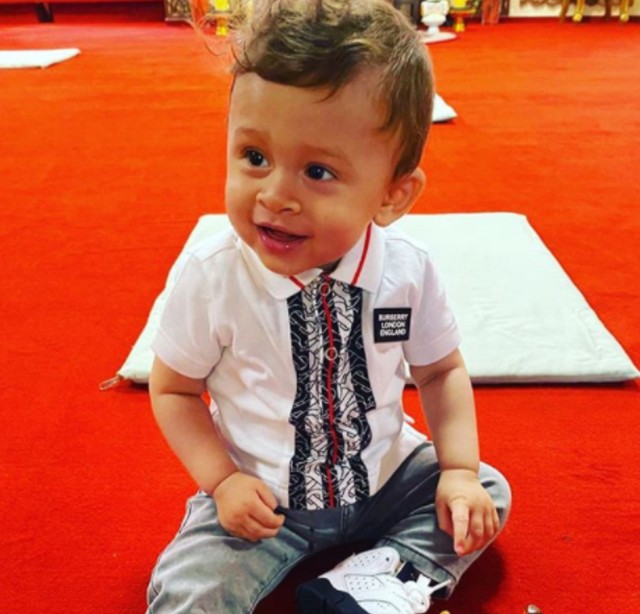 “Not fair, bro,” Chris said of his son’s style and poise in front of the camera. “Too d*mn fly,” the celebrity father said. Chris also uploaded a candid of his son smiling while sitting on the floor beside one of his toys.

Ammika also shared candids of her son with social media fans. “My sunlight,” the model said of her son. “The reason I wake up every day,” Harris told her subscribers.

MY SUNLIGHT. THE REASON I WAKE UP EVERYDAY ❤️

“So handsome,” one fan said in reaction to a video clip of Aeko crawling across the bed in an effort to get in front of the camera’s lens. “The most precious baby,” another social media follower said.

Aeko Brown continues to make waves across the Internet with his charm. It was just a few days ago that Ammika Harris revealed her son’s latest facial expression, which was worth sharing with her fans. The expression consisted of Aeko making an “O” with his mouth while appearing to pronounce his name. “Daddy’s face,” Chris Brown said.

Aeko is Ammika Harris and Chris Brown’s only child together. Chris has two kids in all. Stay tuned for more celebrity father news!