"My Black Friends, I Don't Do That With Them" 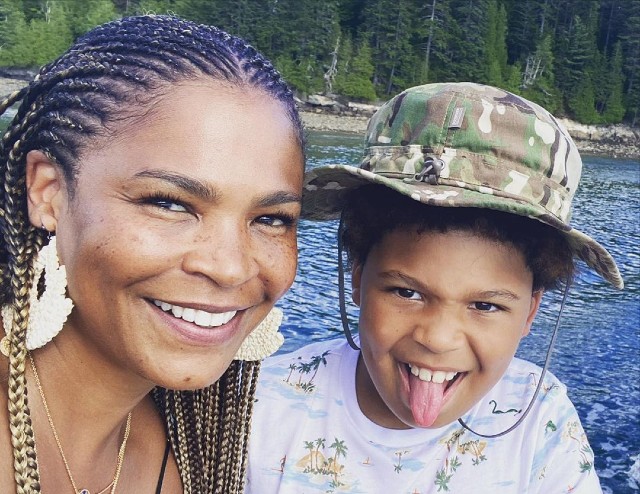 Nia Long has lied about her parenting style to impress her “White friends.” The Fatal Affair star revealed all during a recent ‘Never Have I Ever’ segment made especially for her Instagram Live fans.

“Never have I ever lied about my parenting style to impress my friends,” Nia read. The statement was one among many that Nia read during the segment. Long was required to take a sip of wine if she read a statement that she was indeed guilty of committing. The actress was forced to sip from her glass after reading the declaration about lying about her parenting style for the approval of her friends.

“Only with my White friends,” Nia said with regard to the statement. “My Black friends, I don’t do that with them. So I guess I have to drink,” Long said.

Hollywood has recently begun to reckon with its bigotry when it comes to People of Color. Nia Long, however, has shed light on the matter for years. In fact, the actress’ recent role as producer of Fatal Affair was another way for Nia to assert herself as a Black creator in Tinseltown.

“This film came from a production company and they brought the film to Netflix,” Nia shared during a recent interview with Insider. “So when Netflix decided to do the film, it was their idea to make this a Black lead film and I was on board with that idea,” the celebrity shared.

“In all honesty,” Long continued, “I was disappointed that there were maybe three people on the crew that were Black, but that really is the production company’s responsibility, not the network. By the time I arrived, they were a happy family that had done several films together. My next production will be different. Because I think if I’m going to be effective in that area I have to shine a light on those things as well. Because it really does affect the way things are understood and communicated.”