"Today Is Your Birthday, Baby" 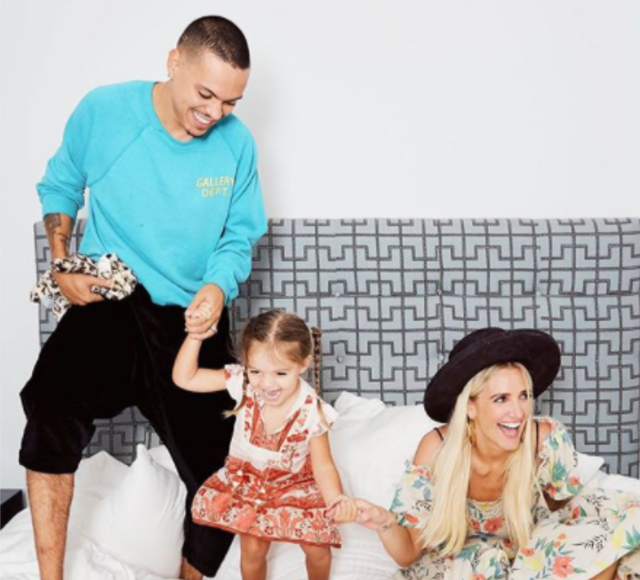 “Today is your birthday, baby,” Evan wrote to his daughter on her special day. “The day you came into our lives and made everything so beautiful,” the celebrity father said. “Today is the best day ever,” Evan exclaimed. “Can’t believe you are 5-years-old.”

Ashlee Simpson also took to Instagram in celebration of her daughter’s birthday. “Happy fifth birthday to my queen, Jagger Snow,” Ashlee shared. “You are so magical,” the celebrity mom continued. “There’s nothing more I love than being your mommy.”

Ashlee Simpson and Evan Ross welcomed their daughter on July 30, 2015. She is the couple’s only child together. Ashlee also has a son named Bronx from a previous relationship. Fans got to see Evan and Ashlee at home when their reality series, Ashlee + Evan, in 2018.

Today is your birthday baby! The day you came into our lives and made everything so beautiful. Today is the best day ever! Cant believe you are 5 years old!!! #girldad

“At the time, we were like maybe it’s a documentary or whatever, but it ended up being a docu-series, letting people in to see where we’re at and what we’re doing and the process of it, and how the music is made in the — the beautiful stories that go behind it, and our family,” Ashlee shared during an interview with Paper magazine.

“For me, it’s been a journey of finding my balance of as a mother and as an artist, and with the studio and when there’s time for that, and also, to go to bed at the hour that I like to go to bed at, so that’s a whole journey in itself,” Simpson said.

HAPPY 5th BIRTHDAY TO MY QUEEN JAGGER SNOW. You are so magical 🦋 There’s nothing more I love than being your mommy 🥰