Home » Television Watch » MEET THE DERRICOS IN NEW TLC SERIES, “DOUBLING DOWN WITH THE DERRICOS” 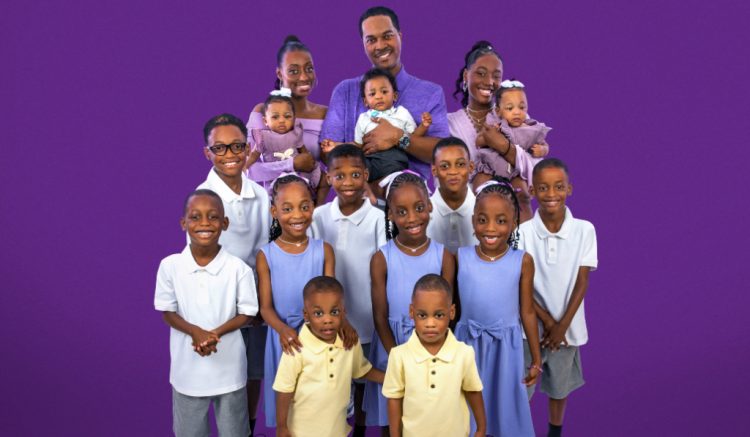 TLC is known for introducing us to some of the most interesting people and families that make lasting impressions on us all week after week as we are invited into their homes and lives. The popular cable channel has done it again with their new show, Doubling Down with the Derricos, set to premiere August 11th.

The Derricos are a family of sixteen and it is pretty unique how the young couple ended up with 14 children. Both Karen and Deon come from families where there are a lot of multiples and after having two children first, both sides of the gene pool kicked in, producing four sets of back to back multiples.

“Sleepless nights, sibling squabbles and a living room full of toe-tripping toys is the norm for any family with kids. Magnify that by 11 with triplets on the way and you have the Derricos, who celebrate life and embrace its hurdles and drama with open arms every day. The new kids on the block in TLC’s popular family neighborhood, Karen and Deon Derrico always wanted a large family but never in their wildest dreams expected to be quite so blessed (though multiples are prevalent on both sides of their family)! Karen and Deon use open and honest dialogue when parenting their kids with a modern take and give viewers an unfiltered look into their bustling, sweet and growing family in a series that is all heart,” the official TLC show description says.

Check out the trailer for the new series. It unquestionably looks like it is something that you don’t want to miss! We know that it is definitely on our watchlist.