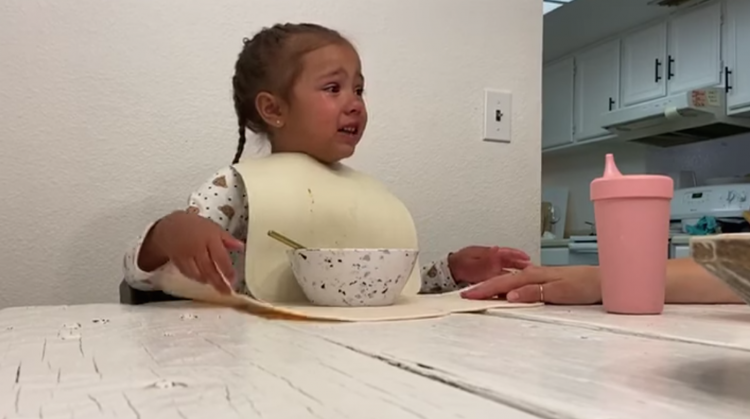 Shutdowns, rollbacks, openings, etc. are difficult for adults to wrap their heads around, but trying to explain what is going on across the world to a four-year-old may seem like an impossible feat. Yet, in a now viral video, that was originally taken back in March of this year, four-year-old Blake McLennan manages to sum it up for all of us.

“The ice cream truck is shut down,” you hear Blake saying in the video. “And the water jug place is shut down, which is my favorite place. We can’t go anywhere, not even McDonald’s, and that’s my favorite restaurant.” Her father Ben McLennan chimes in in hopes to save the day, “You can still go to the drive-thru, you just can’t go to the playground.” But Blake quickly shuts him down saying, “Yeah, it’s just really frustrating.”

The video has been viewed over 400K times since the McLennan’s uploaded it. McLennan explained to Parents.com how the meltdown began.

“We just sat down with the kids to explain that although spring break was ending, everything was closing because of a virus,” says McLennan. “Baseball, Jiu-Jitsu, and when we said dance, Blake lost it. She went off for 7-plus minutes. My wife’s grandfather was a broadcasting engineer so we do our best to capture what we can. About three minutes in I thought, ‘I’m going to want to remember this.’ While she was verbally processing, I just sat the phone down on the table and tried to engage with her as she walked through it.”

The McLennan’s adopted Blake, along with five other children after suffering years of infertility struggles. Although there are eight of them, they try to make sure to do things as a family, including grocery shopping and errands. But, like many families, shutdowns as a result of the pandemic, have fostered even more quality time.

I think many, if not all of us can relate to Blake’s poignant soliloquy because at some point or another, we have all been there! Hang in there, Blake, things won’t be shut down forever!